Whether from winning a penalty, scoring a direct free kick or setting up a goal from a corner, set pieces offer huge potential for FPL points.

In this article and video, we decided to take a look at which players deliver FPL returns from the taking of set pieces, but also those on the receiving end or corners,

Here’s a look at 10 players who were heavily involved from set plays in the 2019/20 Fantasy Premier League season.

As always, we have provided you with a video version of this article, which you can find above and any bookmaker odds quoted in this article have been provided by our friends at bestsportsbook.co.

With 4 set play assists last season, only Moutinho (5) and Alexander-Arnold (7) set up more goals from free kicks and corners than Mason Mount (4).

But the Chelsea midfielder’s involvement in set pieces, and even his game time, could be threatened by new signing Hakim Ziyech and the likely arrival of Kai Havertz.

Riyad Mahrez scored twice from direct free kicks and once from the penalty spot but his ability to draw fouls in the box is primarily what earns him a place here.

No player won more penalties than the Algerian last season – with 5.

But it’s worth briefly mentioning that the potential arrival of a certain Lionel Messi would massively threaten his starting place. 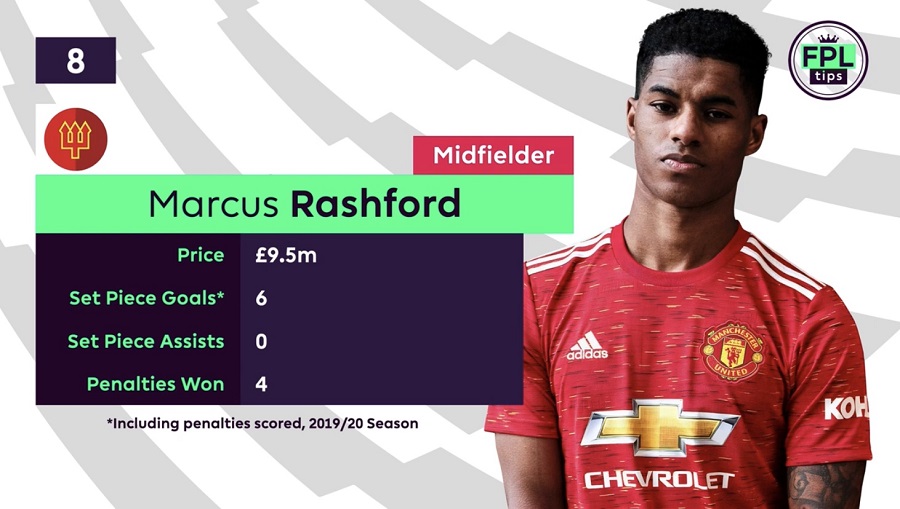 But all 6 of the goals noted here actually came from penalties; a worry, since it appears Bruno Fernandes will now take the majority of spot kicks.

One silver lining though is that only Riyad Mahrez (5) won more penalties than the England international’s 4.

With 3 goals from corners and a further 2 from indirect free kicks, only Chris Wood (6) scored more from set plays than Virgil van Dijk (5), excluding penalties.

The Liverpool centre-back took 22 attempts from corners; only Harry Maguire had more – with 23.

Only Alexander-Arnold (7) set up more goals from corners and free kicks than João Moutinho, with the Wolves midfielder earning 5 of his 7 assists from set piece deliveries. 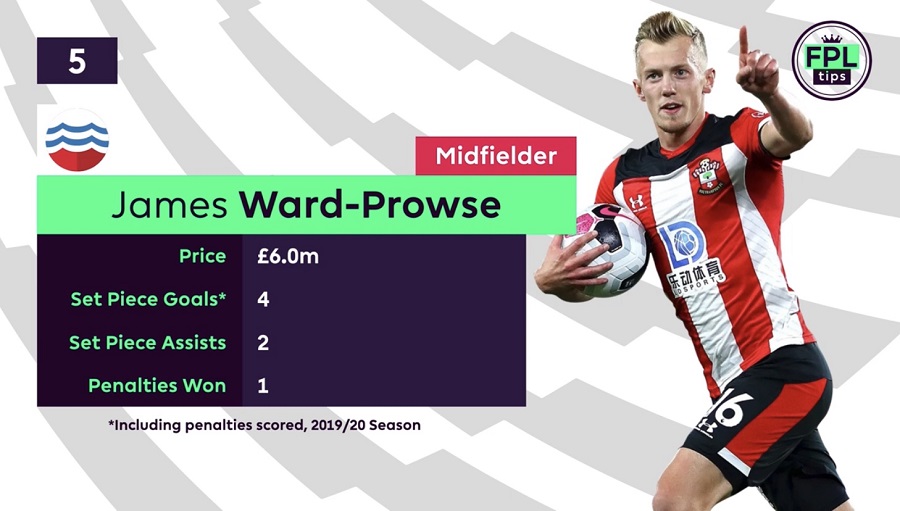 He stepped up to take 3 penalties but only converted on one occasion.

No player took as many as his 183 corners or his 24 shots from free kicks, while only Maddison, Milivojevic (each 42) and Moutinho (55) delivered more than his 39 indirect free kicks.

The Burnley forward netted 4 times from corners and twice from indirect free kicks.

He converted one of the Clarets’ 3 penalties throughout the campaign, with the other 2 coming when the New Zealand international was off the field. 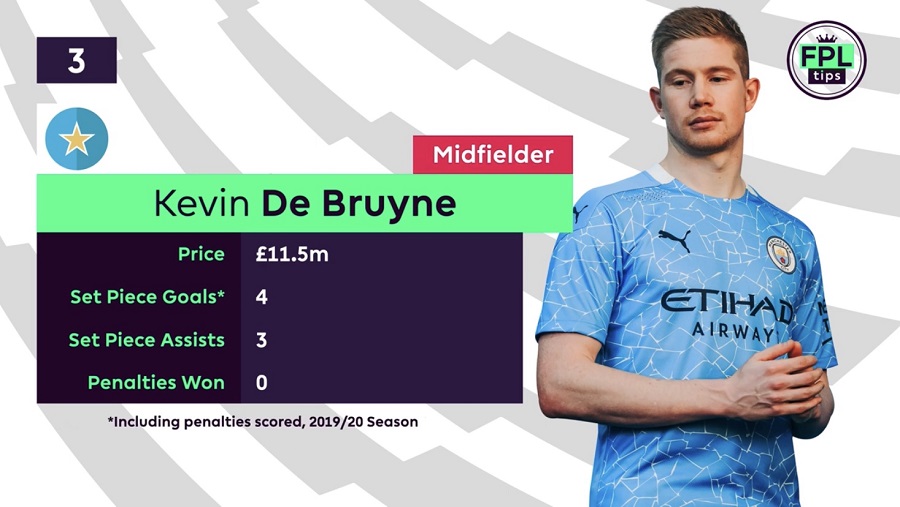 With an exceptional tally of 23 FPL assists last season for Kevin De Bruyne, it’s somewhat surprising that only 3 of them came from set pieces.

The Belgian took 174 corners; a figure that can only be bettered by James Ward-Prowse, while no player recorded as many as his 52 accurate corners.

His appeal was further boosted after acquiring penalty duties midway through the campaign, converting on both occasions from the spot.

Alexander-Arnold found 10 of his 19 goal involvements from free kicks and corners.

No player provided as many as his 7 assists from set plays, while only Shelvey and Ward-Prowse scored as many goals from free kicks (3). 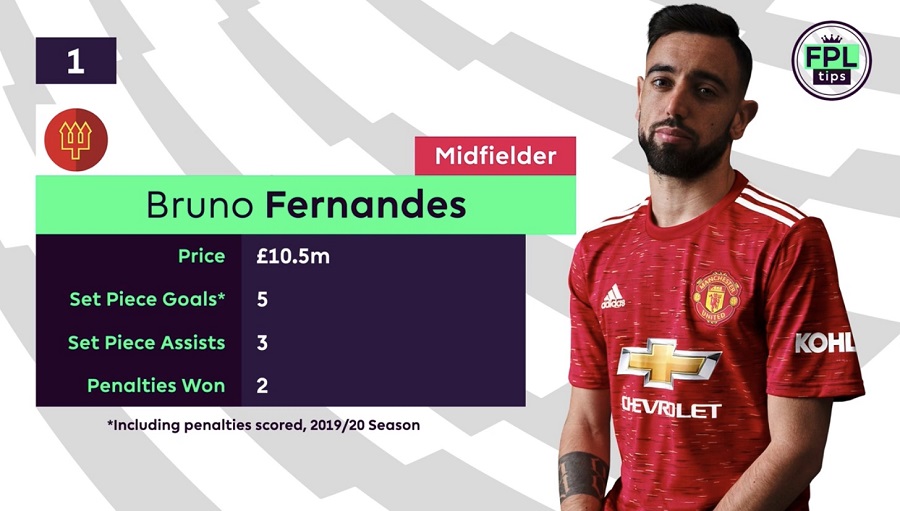 Since his arrival in Gameweek 25, Bruno Fernandes had a huge impact from set pieces.

No player took as many as his 4 penalties in that time, while only Ward-Prowse and Alexander-Arnold (each 8) attempted more than his 7 direct free kicks.

Those two, along with Willian (57), were the only players who contributed more than his 56 corners.

Man Utd were awarded a league-high total of 14 penalties throughout the campaign, which further highlights his appeal, as the side’s primary penalty taker.

Thank you for reading ‘Fantasy Premier League Tips: Top 10 FPL Set Piece Specialists’ which was written and produced by @FFPundits