Welcome back to the ‘FPL Captaincy Picks’ series, where we’ll be discussing the top 3 Fantasy Premier League captain options for the Gameweek ahead, as voted for by the FPL community over on our Gameweek 22 Twitter Captains Poll.

Either way, we hope you enjoy our Gameweek 22 episode of FPL Captaincy Picks and Tips by FFPundits and FPLTips and as always Fantasy Premier League bosses – enjoy the football today and may your arrows be green!

Please note that all player prices, ownership percentages, captain poll votes and odds quoted from asiabet8888 were correct at the time or writing and recording. 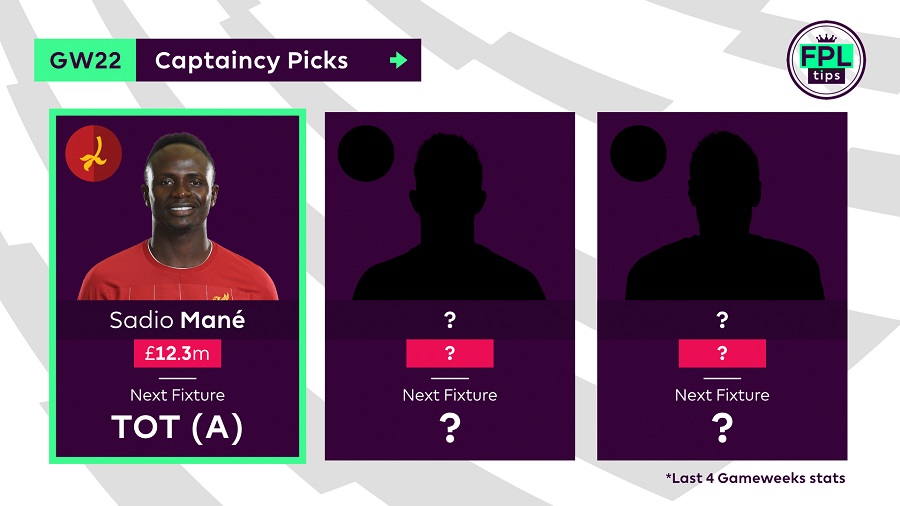 With around 11% of the vote, Liverpool midfielders Mané and Salah are the 3rd most-selected options.

The Reds have scored 9 goals in their last 4 league outings, with only Man City able to match that tally.

No side have been afforded as many as their 13 big chances or their 47 shots in the box.

No player, across all positions, has had more big chances than Sadio Mané (6) in the last 4 Gameweeks.

Mo Salah has 4 goals and 1 assist in his last 5 league appearances, averaging 9.0 points per game.

No player has fired more than his 12 shots on target during that period.

Spurs have failed to keep a clean sheet in the last 4 Gameweeks, conceding 6 goals, with only 4 teams shipping more.

They did, however, allow just 5 big chances, with only Bournemouth, Southampton (each 4) and Liverpool (1) conceding fewer. 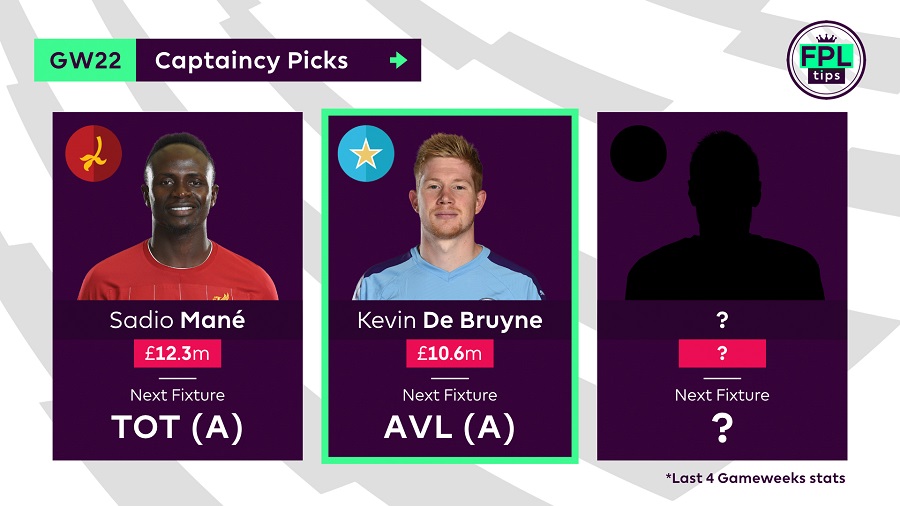 Almost 20% of voters have selected Kevin De Bruyne, placing the Belgian 2nd in the poll.

No player has returned more FPL points than the Man City midfielder (45) in the last 6 Gameweeks, where he’s chipped in with 3 goals and 4 assists.

He ranks 1st with a total of 5 big chances created over that period, while only Buendía has attempted more assists (31 to 19).

The 28-year-old has picked up 3 goals and 8 assists in 10 starts against teams in the bottom half of the table this season, producing an average of 7.4 points per game.

Aston Villa have conceded 7 goals in the last 4 Gameweeks and no side have allowed more big chances (13) or shots in the box (49) over that period. 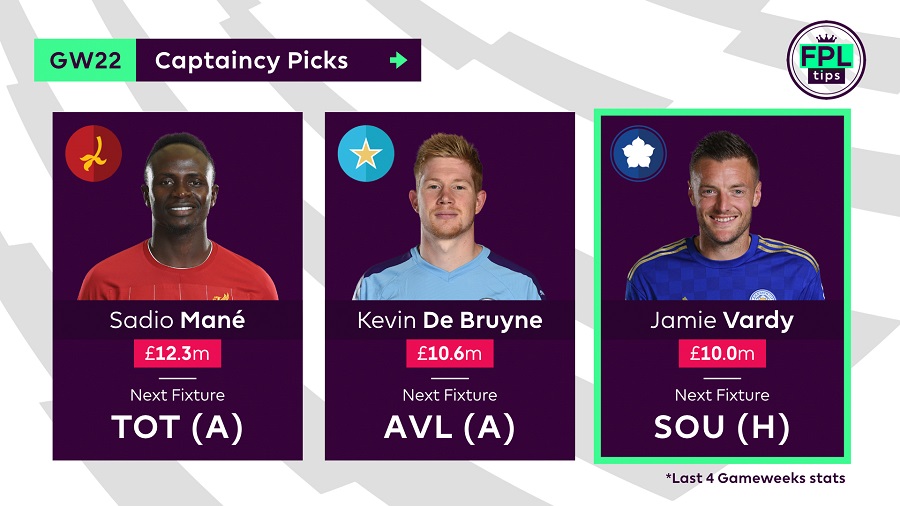 Jamie Vardy tops the Gameweek 22 poll, earning around 64% of the vote.

The Leicester forward made his return to action in the EFL Cup midweek, after missing the 3-0 win over Newcastle due to a tight calf

He’s amassed 8 goals and 3 assists in 10 home matches this season, averaging 7.0 points per game at the King Power Stadium.

No forward has picked up more FPL points (70) during home matches, while only Pukki and Rashford (each 17) have fired more than his 14 efforts on target.

The Foxes have scored just 6 goals over the last 6 Gameweeks but only Man City (11) and Liverpool (12) fashioned more than their 10 big chances.

Southampton have improved defensively of late, conceding just 2 goals in the same period.

The mini-break is now over, so it’s time for us to once again ask you that all-important question…

Who will be YOUR Gameweek 2️⃣2️⃣ #FPL captain?

[comment below if you plan to captain someone else]