Manchester City’s Kevin de Bruyne is now the most owned player on FPL, and is the red-hot captaincy favourite for Gameweek 23 against Crystal Palace.

Welcome back to the ‘FPL Captaincy Picks’ series, where we’ll be discussing the top 3 Fantasy Premier League captain options for the Gameweek ahead, as voted for by the FPL community over on our Gameweek 23 Twitter Captains Poll

Please note that all player prices, ownership percentages and captain poll votes were correct at the time or writing and recording. We also use bookmaker odds from some of the best online sports betting sites to help with our analysis and decision making. 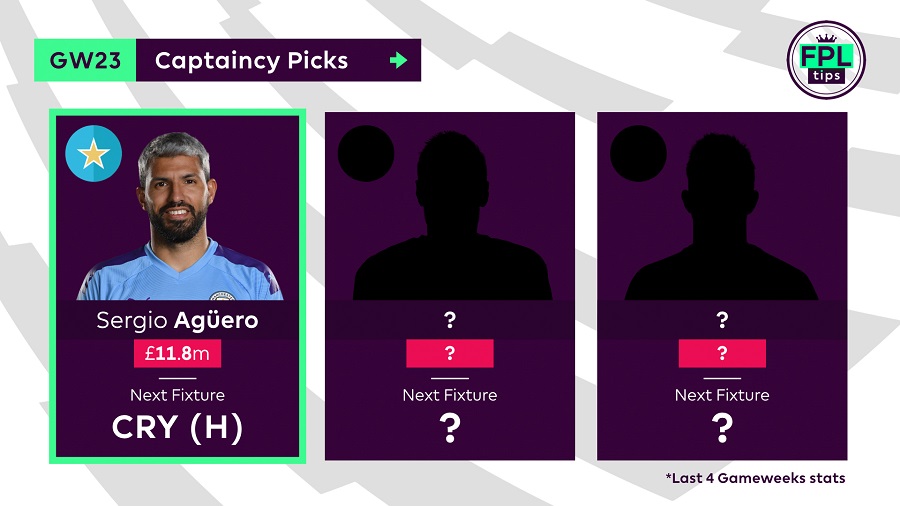 Sergio Agüero has received around 18% of the vote, placing him 3rd in the poll.

The Argentine scored a hat-trick upon his return to the starting lineup last weekend and will be expected to keep his place against Crystal Palace.

The 31-year-old has been directly involved in 8 goals across 9 league appearances at the Etihad this season (6 goals, 2 assists), averaging 4.2 shots per 90 minutes at home.

Only Liverpool can match Man City’s 29 goals scored during home matches this season and no side have been afforded as many as their 41 big chances on home turf.

Crystal Palace have conceded 2 goals in each of their 4 meetings against current ‘top 4’ sides so far this season. 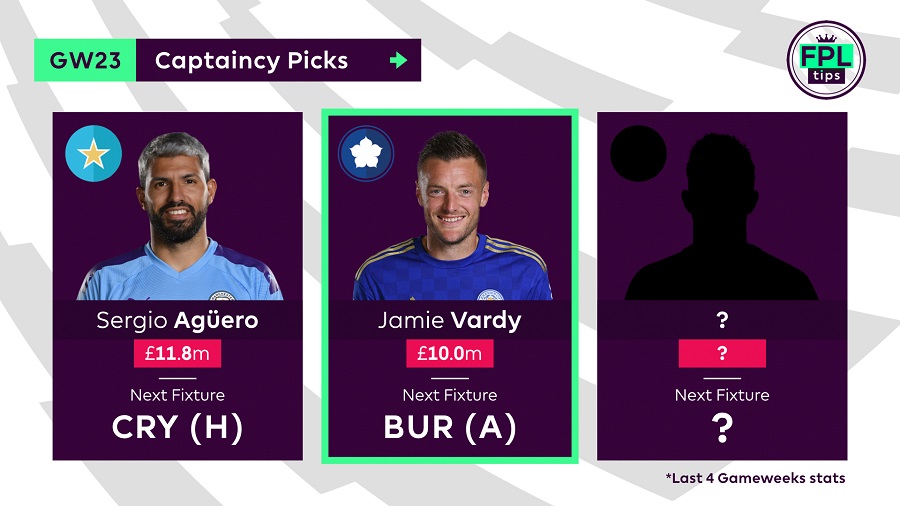 Jamie Vardy currently sits in 2nd place, receiving around 27% of the vote.

Although he failed to record a shot against Southampton last weekend, he provided a perfect cross to set up the Foxes’ opening goal.

The 33-year-old has bagged 9 goals and 2 assists in 9 away matches this season, to average 8.2 points per game on the road.

Only Sterling (17) has been afforded more than his 12 big chances during away matches, while only Jesus (17) and Sterling (16) are able to better his 15 shots on target.

Gameweek 23 sees Leicester travel away to a Burnley side that have suffered 4 consecutive defeats.

They rank joint-7th worst with a total of 8 goals conceded in that time, while only 4 teams have allowed opponents more big chances (12).

In 5 matches against current ‘top 4’ sides this season, the Clarets have averaged 3.2 goals conceded per game. 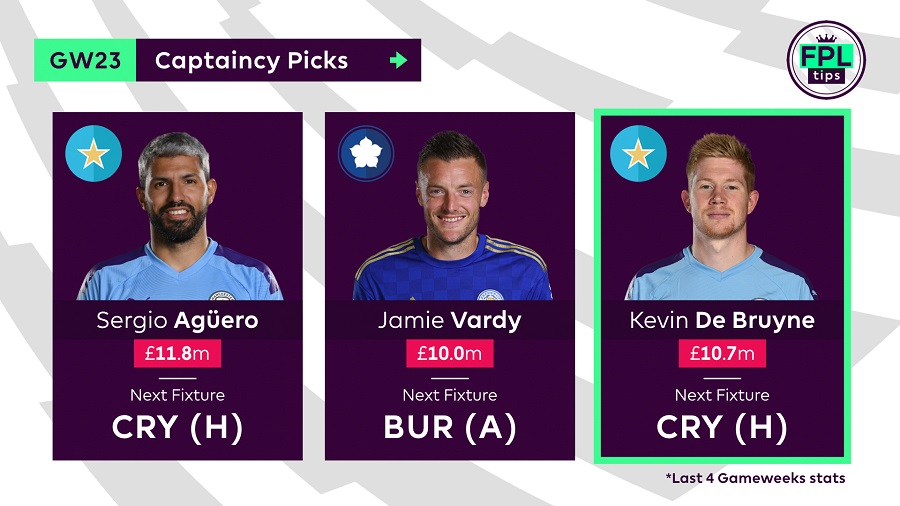 Man City look to be back to their attacking best over the last 6 Gameweeks, where they’ve produced league-high totals of 18 goals, 19 big chances and 44 shots on target.

The Belgian has a 50% goal involvement rate over this period, amassing 3 goals and 6 assists, to average 8.8 points per game.

No midfielder has created more than his 5 big chances in the last 6 Gameweeks, while only Willian (20) and Buendía (28) can better his 17 attempted assists.

He also ranks joint-top amongst midfielders with a tally of 8 shots on target, level with Mahrez and Salah.

Crystal Palace are one of only 4 teams who’ve failed to keep a clean sheet during the same time-frame and they rank 7th worst with a tally of 11 big chances conceded.

BEFORE YOU GO… Here at FFP, we’ve been quietly playing and enjoying SportStack behind the scenes for a few weeks, and have now decided to introduce it to our loyal Fantasy Premier League followers and readers and make it a part of our weekly content offering.