Liverpool’s Mo Salah and Sadio Mane top the FPL captaincy charts for Gameweek 27, but who are the differential options?

Welcome back to the ‘FPL Captaincy Picks’ series, where we’ll be discussing the top 3 Fantasy Premier League captain options for the Gameweek ahead, as voted for by the FPL community over on our Gameweek 27 Twitter Captains Poll.

Danny Ings is unfortunate to miss out on a place in the top 3 despite receiving 10% of the vote.

After finding his 15th of the season against Burnley, the 27-year-old has now scored 3 goals in the last 6 Gameweeks; only behind Agüero (6) amongst forwards.

Please note that all player prices, ownership percentages, odds and captain poll votes were correct at the time or writing and recording. If you’d prefer to compare the odds for yourself, then you can compare odds here. 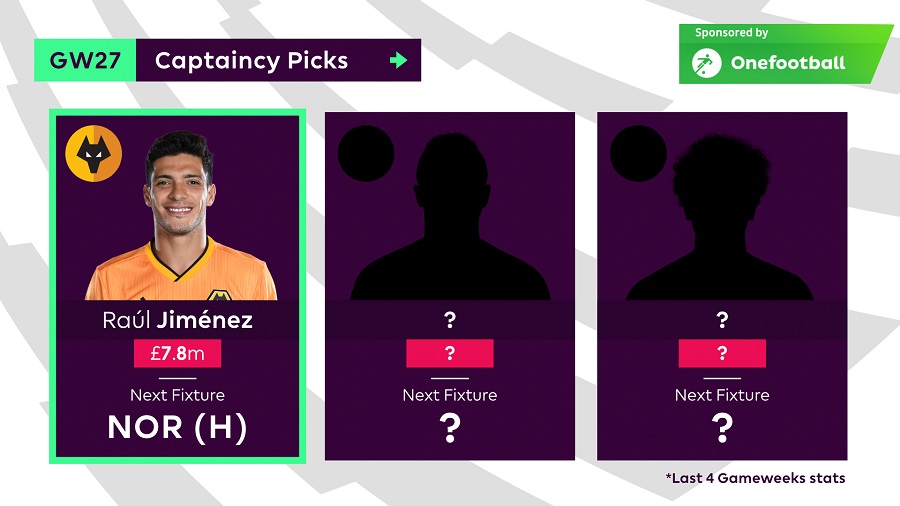 But with 11% of the vote, Raúl Jiménez just beats the Saints forward to 3rd place.

Although he failed to score against Leicester last Friday, no forward managed more than his 5 shots in the box during Gameweek 26, while only Jesus was afforded more big chances (3 to 2).

The Mexican has 3 goals in the last 4 Gameweeks and no player has claimed as many as his 7 big chances during that period.

He also ranks 2nd amongst forwards, with tallies of 14 shots in the box and 6 on target; only behind Agüero (16 SiB, 7 on target).

Norwich have kept clean sheets against Bournemouth and Newcastle in the last 4 Gameweeks but neither of those sides boast particularly prolific attacks.

They’ve conceded 10 goals in their last 6 away matches; only behind Brighton, West Ham and Aston Villa – with 11, and Everton and Newcastle – with 12. 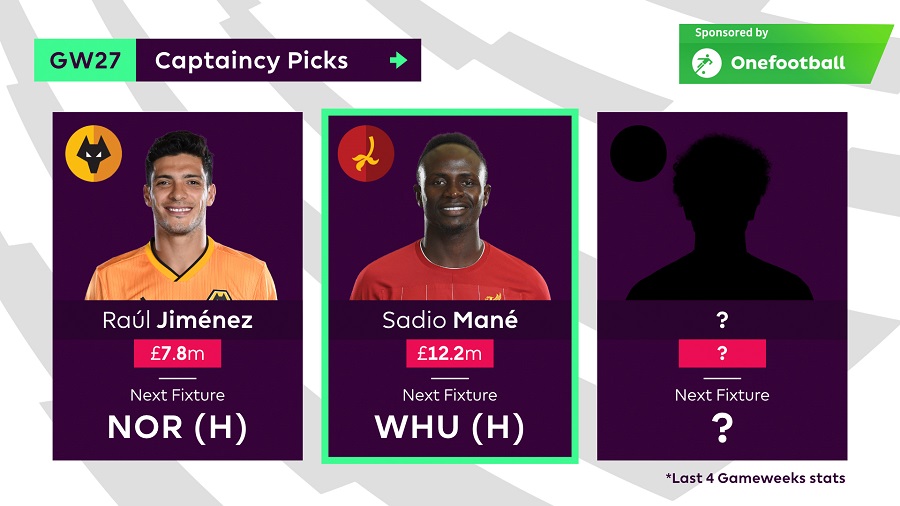 After scoring on his return from injury last weekend, Sadio Mané has earned 14% of the vote and sits in 2nd place.

The 27-year-old has found attacking returns in 4 of his last 5 outings at Anfield, amassing 3 goals and 3 assists, to average 8.6 points per game.

His teammate Salah has, however, netted 6 goals over the same period, to earn a slightly higher 10.4 points per game.

The pair were each afforded 7 big chances, while Mané created 2 big chances compared to the Egyptian’s 4.

Now sitting in just 21% of teams, the Senegal international could be a shrewd alternative to the 45% owned Salah.

Following their midweek defeat to Man City, West Ham have conceded 12 goals in the last 4 Gameweeks, which is 3 more than any other team. 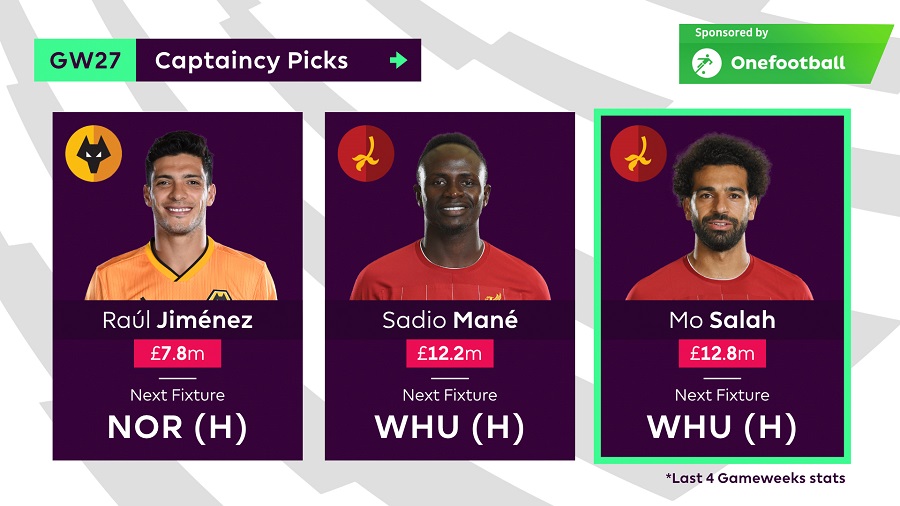 With an overwhelming majority of over 65%, Mo Salah is named as the no.1 captain option ahead of Gameweek 27.

His struggle for goals in away games (2 in 11) continued against Norwich but the Egyptian has scored in each of his last 3 home matches.

He’s also excelled creatively in recent matches; no player has created as many as his 5 big chances in the last 4 Gameweeks.

West Ham have shipped 15 goals in 5 matches against the top 3 sides this season; an average of 3 per game.