Liverpool’s Mo Salah and Sadio Mane are both red-hot captaincy picks for Gameweek 28, but what about the formless Vardy?

Welcome back to the ‘FPL Captaincy Picks’ series, where we’ll be discussing the top 3 Fantasy Premier League captain options for the Gameweek ahead, as voted for by the FPL community over on our Gameweek 28 Twitter Captains Poll

Either way, we hope you enjoy our Gameweek 28 episode of FPL Captaincy Picks and Tips by FFPundits and FPLTips and as always Fantasy Premier League bosses, may your arrows be green! 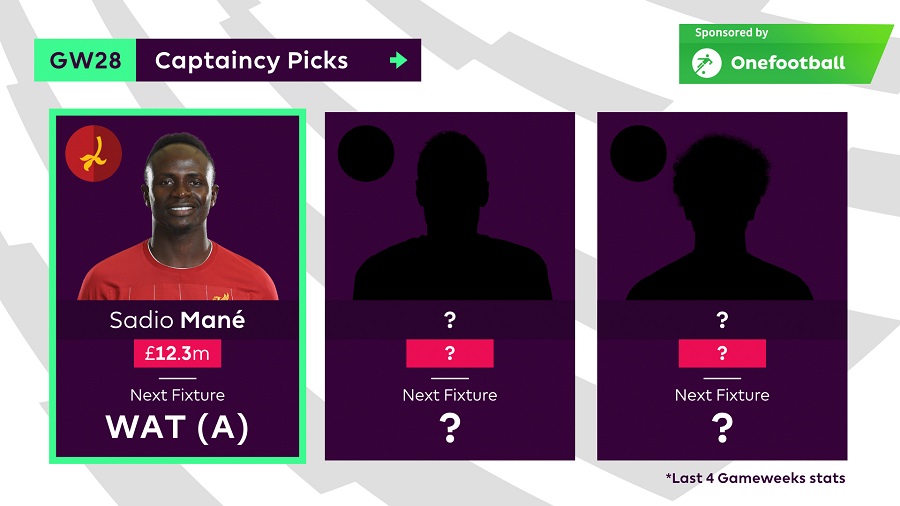 Sadio Mané has been selected by 16% of voters, after netting 2 in 2 since his return from injury.

The 27-year-old has been directly involved in 8 goals over 11 away appearances this season (5 goals, 3 assists), while only Firmino (8) has scored more goals than his 5 amongst teammates.

The Brazilian (12) is also the only Liverpool player able to better Mané’s 8 big chances away from home, while Salah is behind the pair, with 6.

Watford are without a clean sheet in the last 4 Gameweeks, while only West Ham (14) have shipped more than their 9 goals.

The Hornets have conceded 18 goals in 8 games against current ‘top 6’ sides this season, at an average of 2.25 per game. 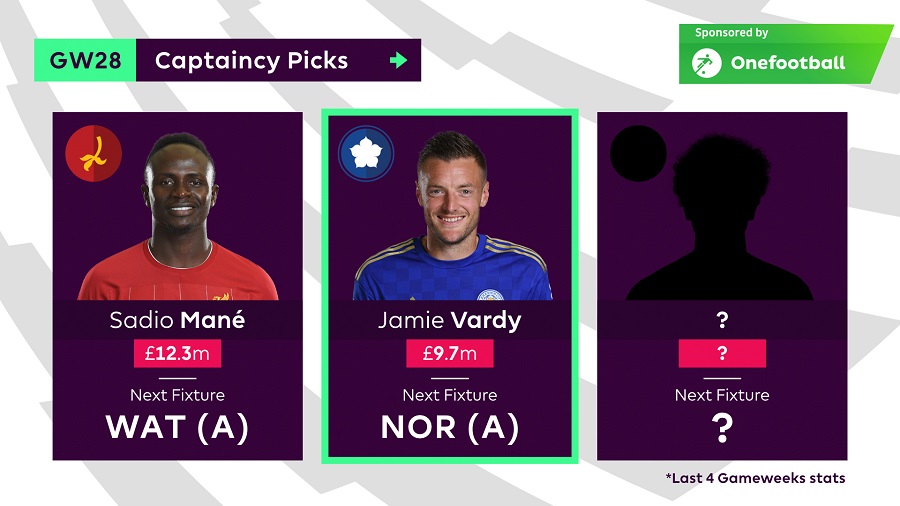 With almost 25% of the vote, it’s Jamie Vardy who sits in 2nd place.

The Leicester talisman struck the post against Man City to continue his goal drought and remain without one in the last 6 Gameweeks, where he’s amassed just 1 assist.

Although he’s taken just 8 shots in that time, ranking 20th amongst forwards, only Abraham and Firmino (each 6) have missed more big chances than his 5.

Interestingly, the 33-year-old has created 3 big chances in that time, ranking top amongst players in his position.

He’s averaged 6.9 points per game away from home this season and this increases to 8.7 when only considering matches played against the current ‘bottom 14’ sides.

They’ve conceded 22 goals in 9 matches against the current ‘top 6’. 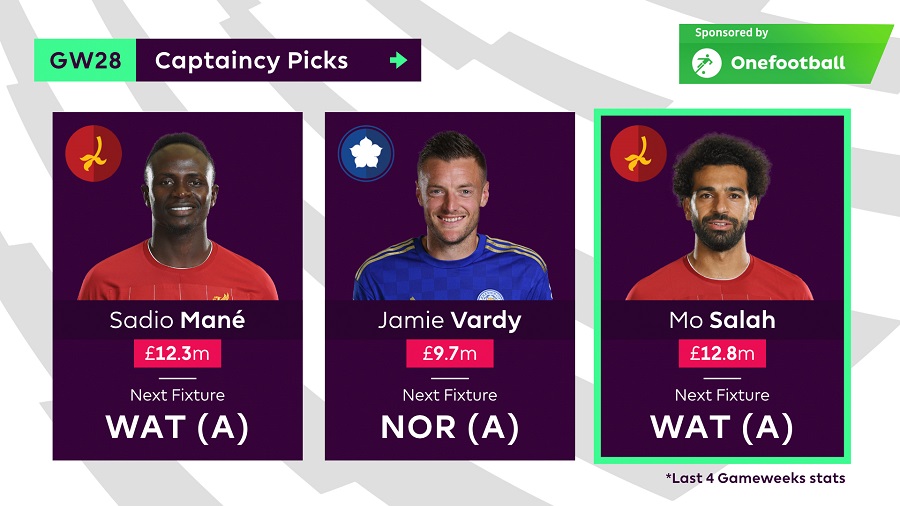 Keeping his place at the top of the poll, Mo Salah has earned 53% of the vote.

He now has 4 goals and 1 assist in the last 4 Gameweeks; no player has been directly involved in more goals (5) over that period.

Meanwhile, totals of 20 shots in the box and 9 on target see him rank 1st and joint-1st respectively, while only Richarlison and McNeil can match his 4 big chances created.

Although he’s scored just 2 goals in 11 matches on the road this season, no teammate has fired more than the Egyptian’s 40 goal attempts.

5 of his 6 assists have come away from home, with only Alexander-Arnold able to match his 6 big chances created amongst teammates.