Welcome back to the ‘FPL Captaincy Picks’ series, where we’ll be discussing the top 3 Fantasy Premier League captain options for the Gameweek ahead, as voted for by the FPL community over on our Gameweek 11 Twitter Captains Poll.

Either way, we hope you enjoy our Gameweek 11 episode of FPL Captaincy Picks and Tips by FFPundits and FPLTips and as always Fantasy Premier League bosses – may your arrows be green! 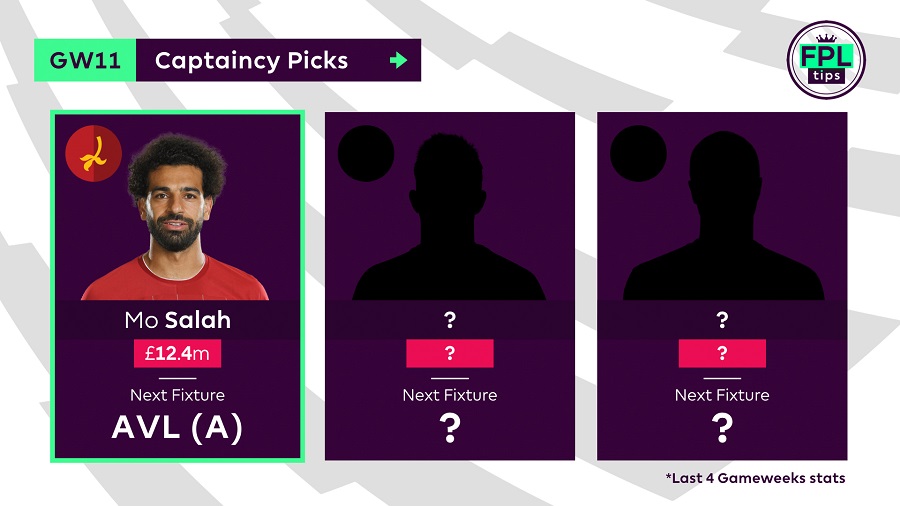 Mo Salah has received around 8% of the vote, placing him 3rd in the poll.

The Egyptian converted a penalty to help Liverpool to a 2-1 win over Spurs last Sunday, with no player firing more than his 5 shots on target during the Gameweek.

He’s returned 8 goal involvements in 9 league matches this season (5 goals, 3 assists) but is yet to score on the road, from 11 goal attempts.

The 27-year-old boasts an impressive record against teams in the bottom half of the table, averaging 9.2 PPG against those sides last season.

8 of the 9 away goals he scored came during those matches.

Liverpool will look to maintain their lead at the top of the table when they travel to Aston Villa this weekend.

The Villans have shipped 7 goals in the last 4 Gameweeks and only 4 teams have conceded more big chances (11) in that time. 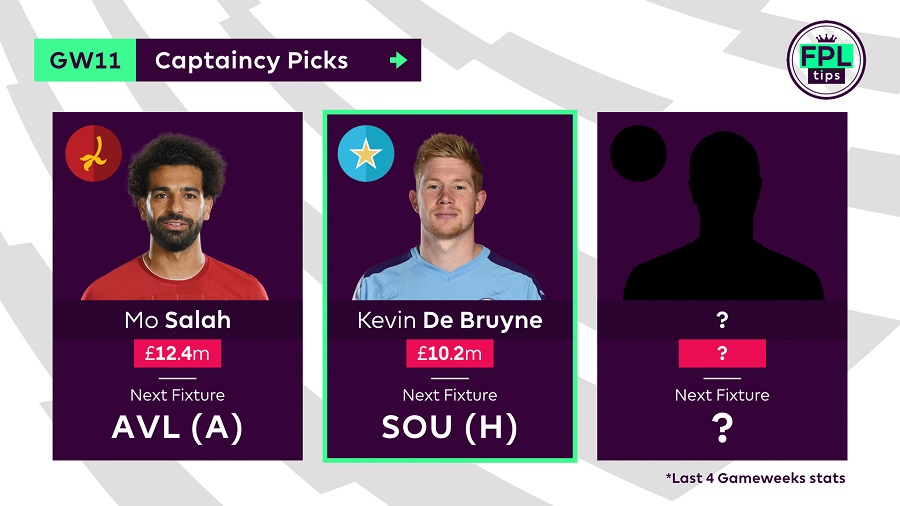 Kevin De Bruyne currently sits in 2nd place, receiving around 24% of the vote.

The Belgian has fared particularly well at the Etihad this season, amassing 2 goals and 6 assists in 4 appearances, to produce an average of 11.8 PPG.

No player has created more big chances than his 6, during home matches, while only Alexander-Arnold (28) has racked up more than his 23 attempted assists.

Gameweek 11 sees Man City host Southampton, on the back of their 9-0 thrashing at the hands of Leicester last Friday.

They’ve conceded an astounding 19 goals and 21 big chances in the last 6 Gameweeks.

In 25 matches during this calendar year, Saints have kept just 4 clean sheets, while shipping 49 goals, at an average of almost 2 goals per game. 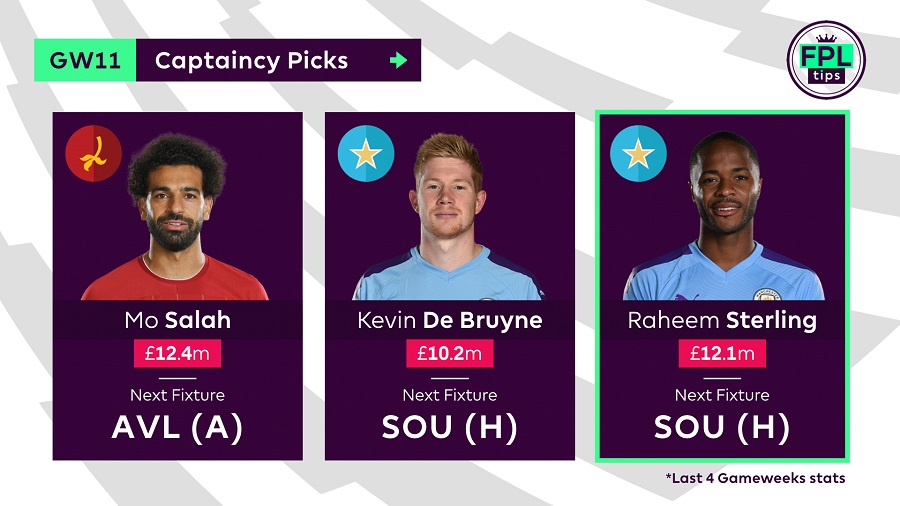 With 61% of the vote, Raheem Sterling keeps his place at the top of the poll.

He boasts an impressive record at the Etihad during this calendar year, with 7 goals and 5 assists in 12 home matches, to earn an average of 7.3 PPG.

The 24-year-old has found returns in 3 of the last 4 Gameweeks, amassing 2 goals and 1 assist.

Man City remain comfortably top of all attacking metrics this season, with 32 goals scored, 49 big chances and 78 shots on target, in 10 matches.

They’ve scored 17 goals in 5 league matches at the Etihad, at an average of 3.4 goals per game.