Welcome back to the ‘FPL Captaincy Picks’ series, where we’ll be discussing the top 3 Fantasy Premier League captain options for the Gameweek ahead, as voted for by the FPL community over on our Gameweek 12 Twitter Captains Poll.

Either way, we hope you enjoy our Gameweek 12 episode of FPL Captaincy Picks and Tips by FFPundits and FPLTips and as always Fantasy Premier League bosses – may your arrows be green! 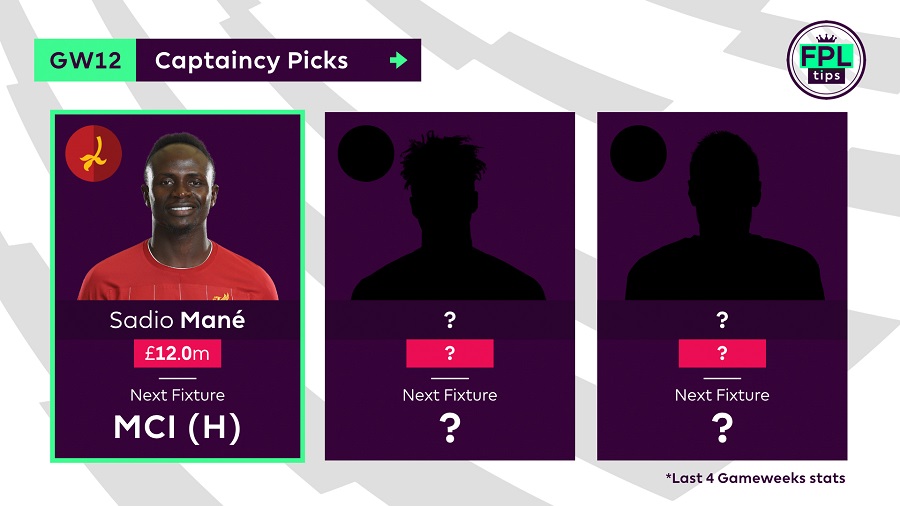 Sadio Mané has received around 8% of the vote, placing him 3rd in the poll.

The 27-year-old dragged his side over the line, playing a key role in both goals during the 2-1 win over Aston Villa last weekend.

Over the last 4 Gameweeks, the Senegal international has amassed 2 goals and 3 assists to average 7.8 points per game.

Man City have kept just 1 clean sheet in their last 4 away matches, shipping a total of 5 goals in games against Bournemouth, Norwich and Everton.

They allowed opponents 11 big chances during that period, with only 5 teams faring worse. 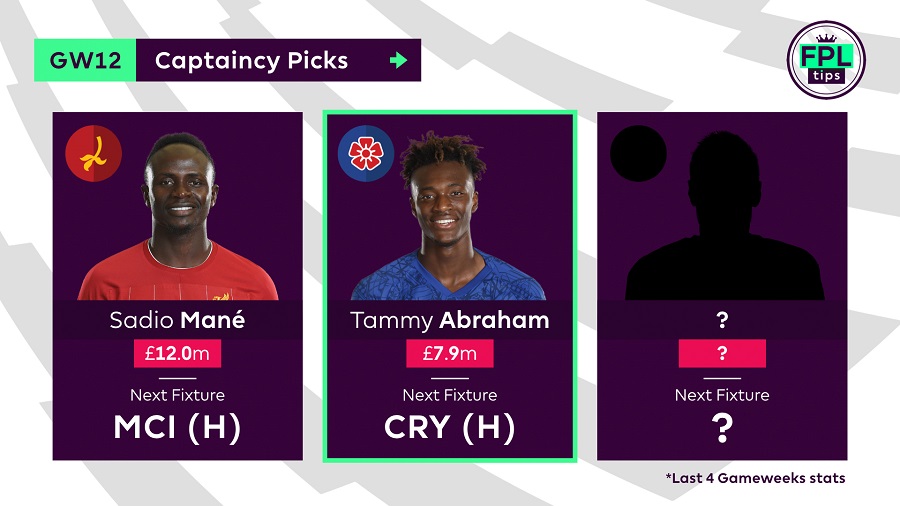 Tammy Abraham currently sits in 2nd place, receiving around 35% of the vote.

Chelsea’s win over Watford saw the forward find his 9th goal of the season, with Vardy (10) the only player able to better that tally.

Only 2 of those goals have come at Stamford Bridge, compared to 7 on the road, but the 22-year-old has actually displayed better underlying numbers during home matches.

Only Leicester (14) have scored more goals than Chelsea (11) in the last 4 Gameweeks and they’ve each been afforded 11 big chances in that time.

Crystal Palace have failed to keep a clean sheet on the road this season, conceding 9 goals in 5 away matches, which ranks them joint-12th. 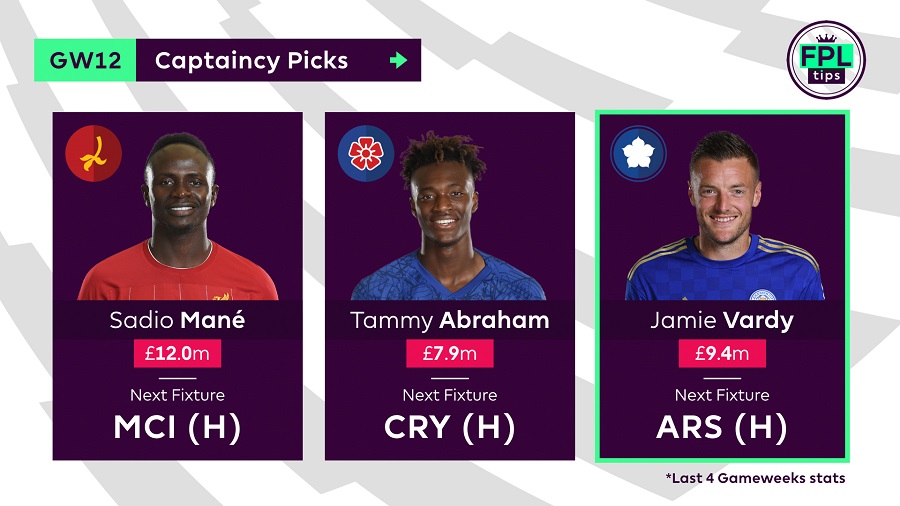 With 50% of the vote, Jamie Vardy tops the captaincy poll for Gameweek 12.

After his late goal at Crystal Palace last weekend, the 32-year-old has scored in each of the last 3 Gameweeks now and no player has as many as his 10 goals this season.

He’s been afforded 6 big chances in the last 5 Gameweeks; trailing only Mané (7) and Abraham (8), while only Salah and Abraham (each 10) have fired more than Vardy’s 9 efforts on target.

Vardy has an impressive record against the Gunners, netting 8 goals in 8 league starts against the side, including 5 in his last 4 outings.

Arsenal have kept just 1 clean sheet in the last 10 Gameweeks, conceding an average of 1.5 goals and 2 big chances, per game.

No side have scored more goals than Leicester’s 14 in the last 4 Gameweeks.