Welcome back to the ‘FPL Captaincy Picks’ series, where we’ll be discussing the top 3 Fantasy Premier League captain options for the Gameweek ahead, as voted for by the FPL community over on our Gameweek 14 Twitter Captains Poll.

Either way, we hope you enjoy our Gameweek 14 episode of FPL Captaincy Picks and Tips by FFPundits and FPLTips and as always Fantasy Premier League bosses – may your arrows be green! 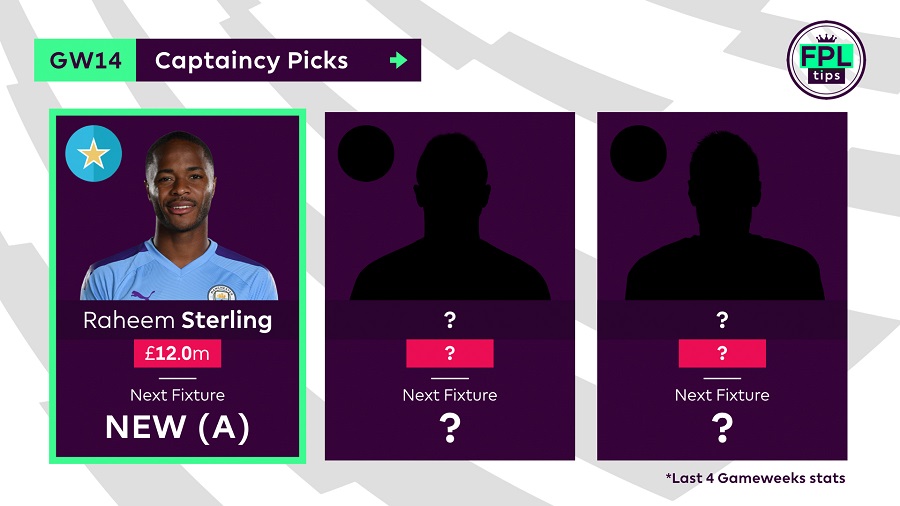 Tammy Abraham was the 3rd most-selected captain in the poll but with doubts over his fitness after midweek, we’ll move along to Raheem Sterling, who was next in line with 11% of the vote.

The 24-year-old has scored just once in the last 4 Gameweeks but could stand to benefit from the absence of Sergio Agüero.

The Argentine has failed to make the starting XI 4 times this season and Sterling has returned on each occasion, amassing 5 goals and 1 assist, to average 10.8 points per game.

In 6 away matches this season, the Englishman has averaged a respectable 7.3 PPG.

No player has been afforded as many as his 10 big chances on the road, while only Vardy (6) and Abraham (7) have scored more than his 5 goals.

Newcastle could prove to be stubborn opponents at St. James’ Park, however, where they’ve allowed just 4 goals in 6 games; only Leicester (3) have fared better during home matches. 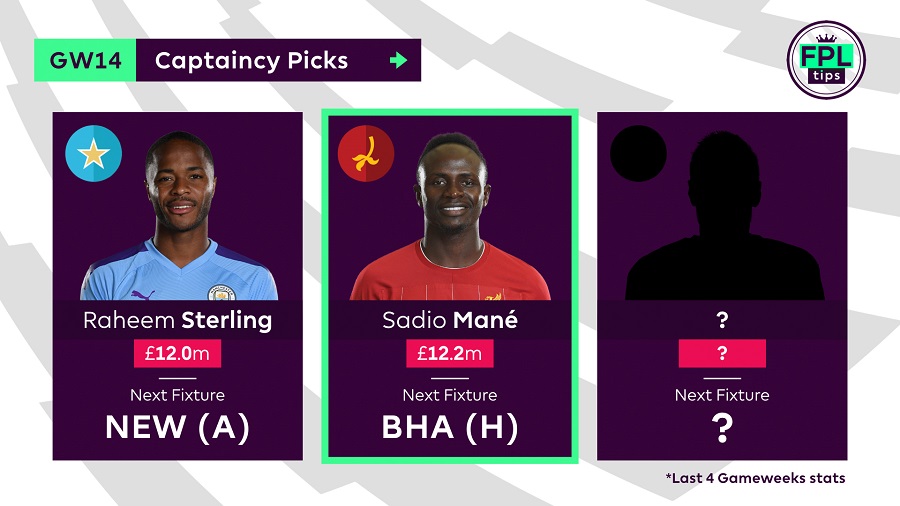 It’s very tight at the top of the poll but Sadio Mané remains in 2nd place, with 36% of the vote.

The 27-year-old has scored in each of the last 3 Gameweeks, returning in 5 of the last 6.

Only Vardy (60) has earned more than his 47 FPL points in the last 6 Gameweeks.

Over that period, the Senegal international ranked joint-3rd amongst midfielders with a total of 8 shots on target, only behind Salah (10) and Pulisic (11).

6 teams have conceded more goals than Brighton (7) over the last 4 away matches, but no side have afforded more than their 17 big chances.

The Seagulls have shipped 8 goals without reply in 3 matches against current top 4 sides this season, conceding an average of 5.3 big chances per game. 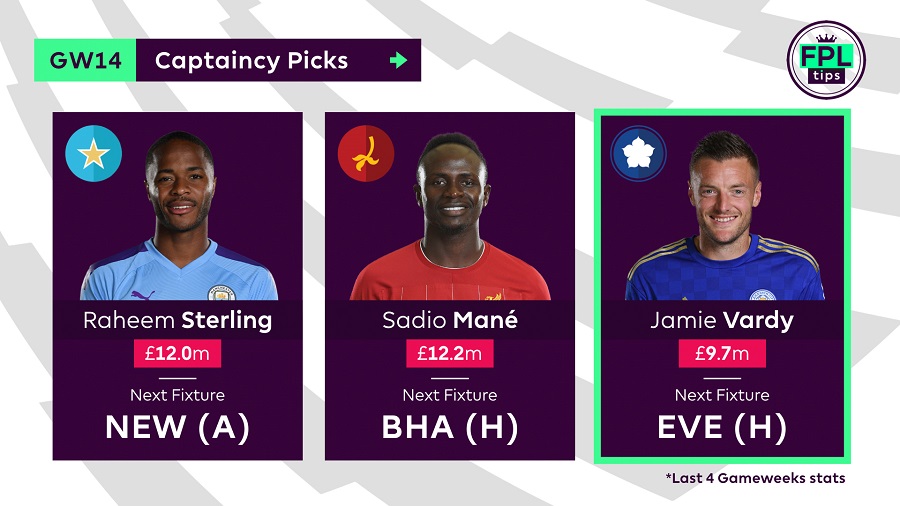 Jamie Vardy tops the captaincy poll once again, with 41% of voters opting for the in-form striker.

The last 4 Gameweeks have seen him return an impressive average of 12.5 points per game, with 6 goals and 3 assists in that time.

He also ranks 1st with tallies of 12 shots on target and 8 big chances, during that period, while only Jiménez has fired more shots inside the box (15 to 14).

The 32-year-old has averaged 8.7 PPG at the King Power Stadium this season, netting 6 goals in 6 home matches, with only Salah able to match that record.

Everton have shipped 20 goals from Gameweek 3 onwards, with only Watford (22), Norwich (23) and Southampton (26) conceding more in that time.

The Toffees have conceded 7 goals in the last 4 Gameweeks, with only Crystal Palace (8), West Ham (10) and Southampton (15) faring worse.