Welcome back to the ‘FPL Captaincy Picks’ series, where we’ll be discussing the top 3 Fantasy Premier League captain options for the Gameweek ahead, as voted for by the FPL community over on our Gameweek 7 Twitter Captains Poll.

Either way, we hope you enjoy our Gameweek 7 episode of FPL Captaincy Picks and Tips by FFPundits and FPLTips and as always Fantasy Premier League bosses – may your arrows be green!

Please note that all player prices, ownership percentages and captaincy selection percentages were correct at the time of writing and producing this article/video. 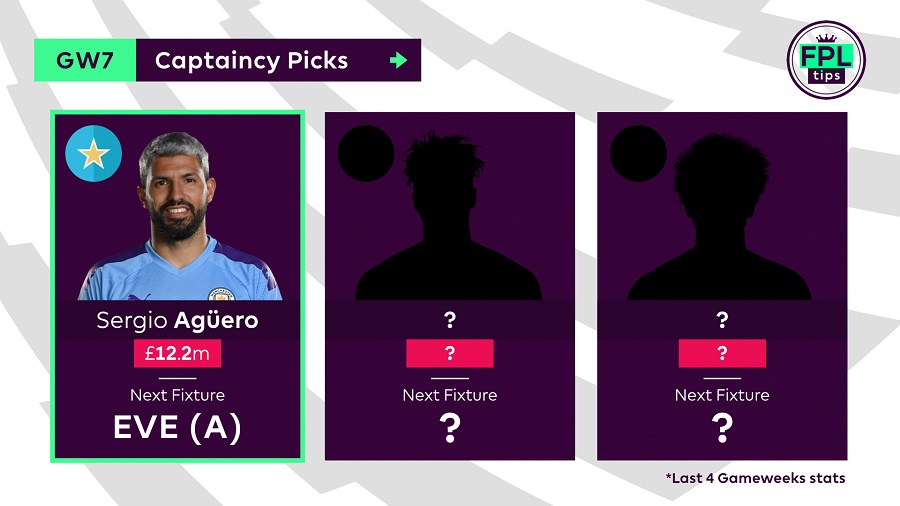 18% of voters have gone with Agüero as their Gameweek 7 captain, placing him in 3rd.

The Argentine racked up 5 big chances during the 8-0 win over Watford and was unfortunate to only come away with the 1 goal.

His total of 19 shots inside the box in the last 4 Gameweeks is 6 more than any other player has managed, while only Deulofeu (8) and Abraham (9) have bettered his 7 shots on target.

The 31-year-old produced 6 goals and 3 assists in 17 away matches last season, at a fairly low average of 4.2 points per game.

Everton started the season well but they’ve shipped 9 goals in the last 4 Gameweeks; only Wolves (10) and Watford (14) have conceded more.

They’ve allowed 4 goals at Goodison Park, while only West Ham (9) and Bournemouth (11) have conceded more than their 8 big chances during home matches. 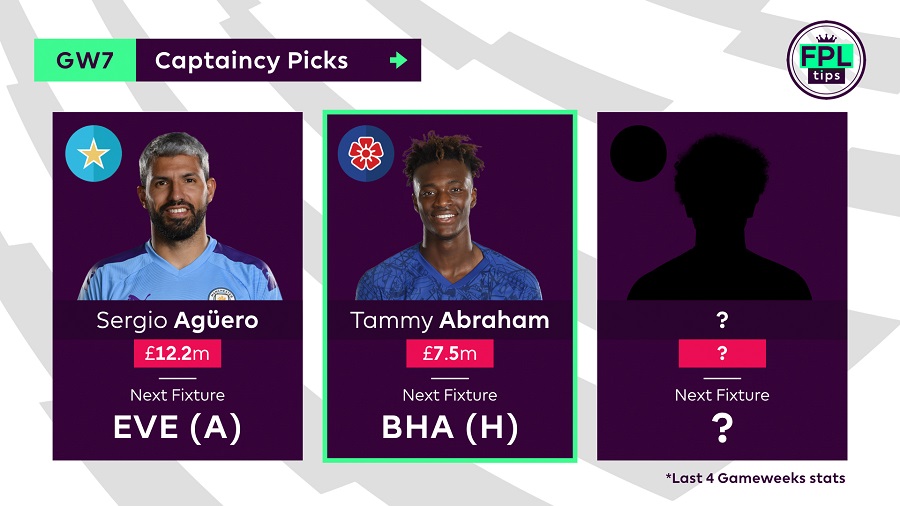 With around 25% of the vote, Tammy Abraham comes in at number 2, ahead of Brighton’s visit to Stamford Bridge.

Chelsea have scored 11 goals from 13 big chances during that period; only Liverpool and Man City have fared better for each.

But only 2 of Abraham’s 7 goals this season have come at home, both in the 2-2 draw with Sheffield United, and 7 players have fired more than his 8 shots inside the box during home matches.

Brighton have conceded 4 goals on the road this season, ranking 8th for shots inside the box conceded (21) and 11th for shots on target conceded (13) in away matches. 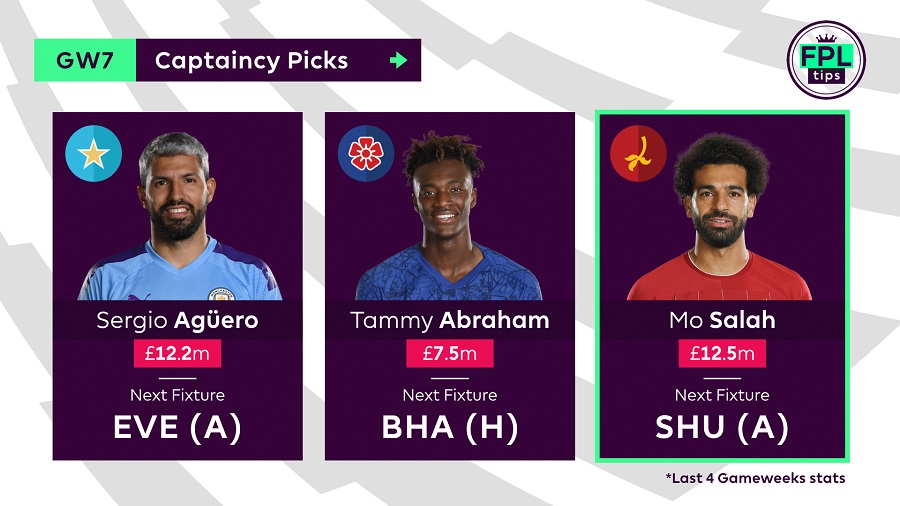 Mo Salah tops the poll this week, with 43% of the vote on Twitter.

An assist against Chelsea means he’s returned points in all but one of the opening 6 Gameweeks, delivering a total of 7 goal involvements (4 goals, 3 assists).

The Egyptian is still awaiting his first goal on the road this season but has recorded 2 assists in the 3 away matches.

He returned a tally of 9 goals and 5 assists away from home last season, with only Callum Wilson and Kane (each 15) directly contributing to more.

That gave him an average of 5.9 points per game in away matches, which increased to 7.2 PPG against teams outside of the ‘top six’.