Who are the top 5 best value Defender’s to have in your Fantasy Premier League team for the 2020/21 season?

The pre-season series continues on from yesterday’s Top 5 FPL Goalkeepers article, with a look at 5 value options to consider amongst FPL defenders for the 2020/21 campaign. 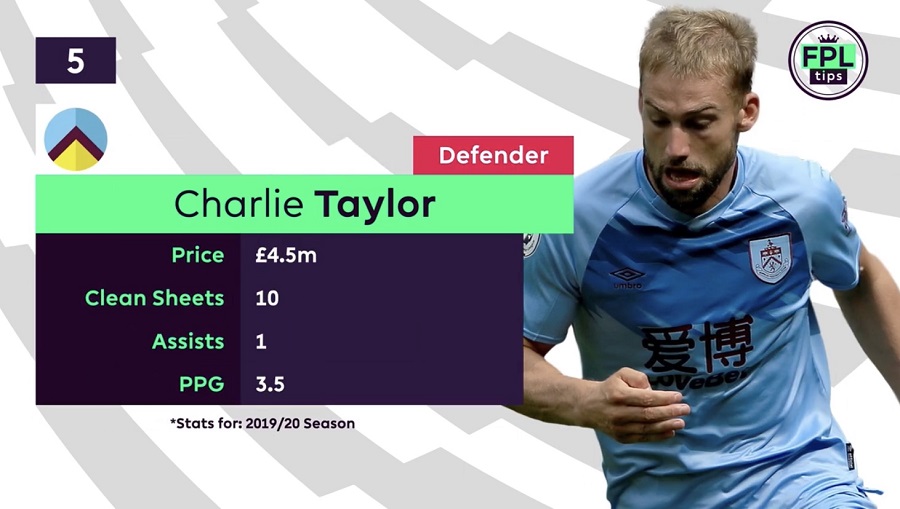 The Clarets kept a total of 15 clean sheets; on par with champions Liverpool and only behind Man City (17).

Whilst they’re without a Gameweek 1 fixture, their opening run on the whole is fairly kind; just one of their first 8 matches comes against a side rated higher than a 3 on the FDR. 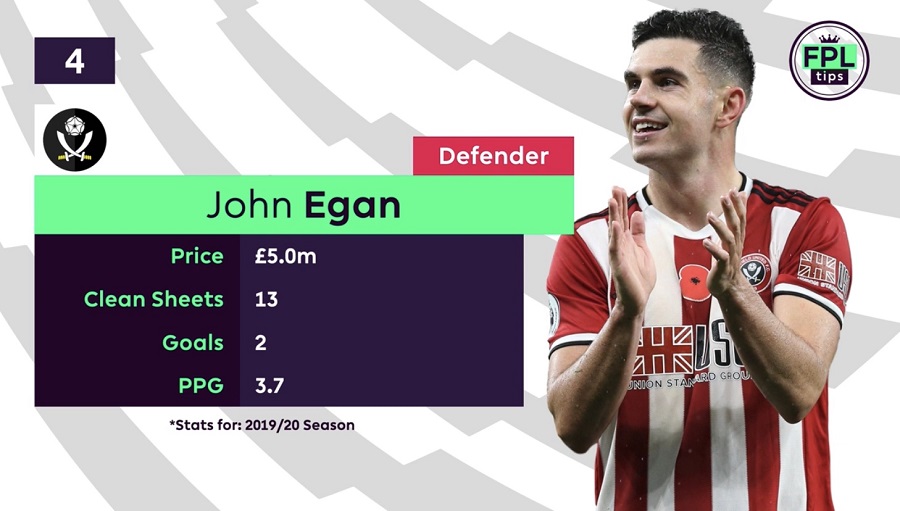 No defender priced at £5.0m or below picked up as many FPL points as John Egan (133) last season.

With 2 goals to his name, the centre-back fired a total of 28 shots in the box throughout the campaign; only Doherty (32) managed more amongst defenders.

Sheffield Utd kept an impressive 13 clean sheets on their return to the Premier League; only Burnley, Liverpool (each 15) and Man City (17) earned more.

The opening 5 fixtures of the new season look promising for Chris Wilder’s side, with Wolves, Leeds and Fulham travelling to Bramall Lane. 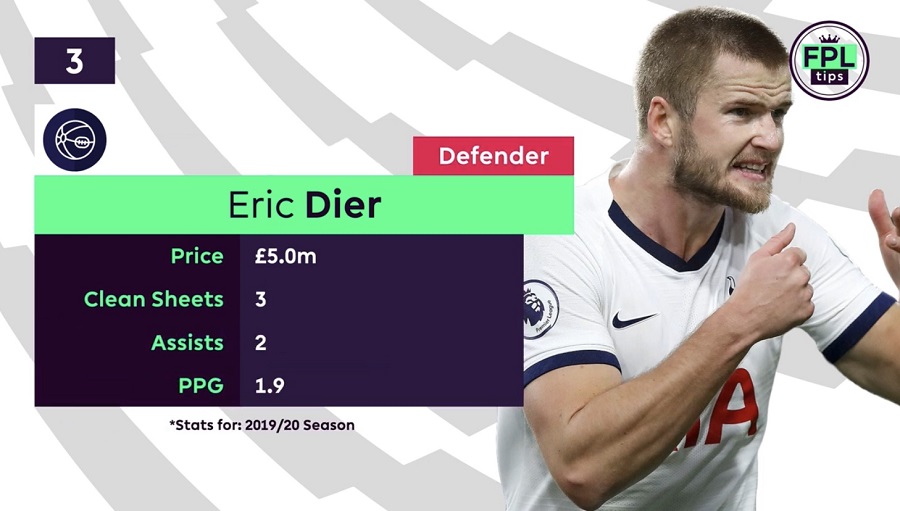 As you’d expect, Jose Mourinho greatly improved the Spurs defence; 7 of their 8 clean sheets last season came after his appointment.

Towards the end of the campaign, Eric Dier was moved into a centre-back role, where he looked to establish himself in a partnership with Davinson Sánchez.

He started every Premier League game he was available for since Gameweek 28, playing 90 minutes on each occasion and only missing out due to a four-game suspension.

They have one of the more favourable runs to begin the season, facing home ties with Everton, Newcastle, West Ham and Brighton in the first 8 Gameweeks. 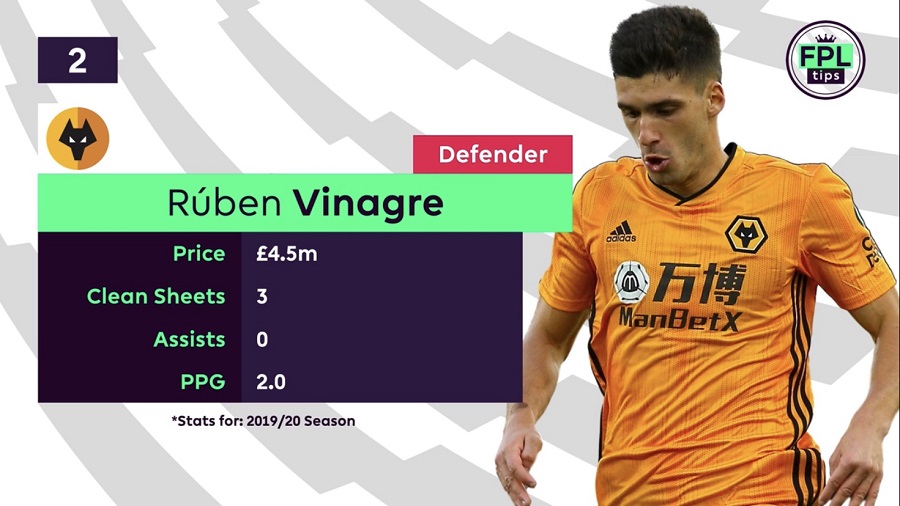 The injury to Jonny could mean a starting place for Rúben Vinagre on the left-flank for Wolves.

They’re currently linked with a move for Arsenal’s Ainsley Maitland-Niles but Spurs are rumoured to be in for Matt Doherty, so it’s a case of waiting to see what happens in the transfer market.

But that low figure was the result of 10 of his outings coming from the bench; on a per 90 minutes basis, he averaged 4.5 points.

Having kept 13 clean sheets last season, with only 3 teams earning more, there’s plenty of reason to be optimistic about such a cheap route into the Wolves defence, given their early schedule.

Opening fixtures against West Ham, Fulham and Leeds in the first 5 Gameweeks, before home ties with Newcastle and Crystal Palace, could see them get off to a strong start. 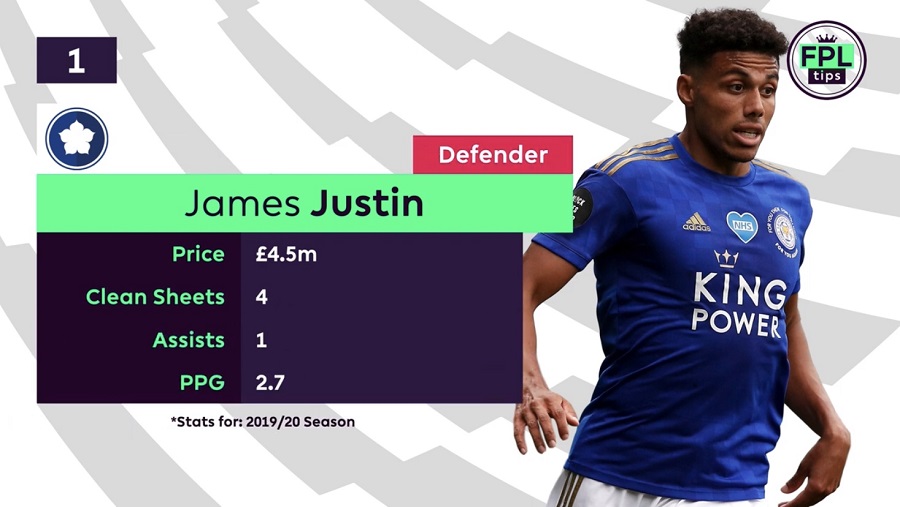 With Ricardo Pereira still sidelined with a knee injury, James Justin looks set to keep his starting place for the opening Gameweeks of the new season.

The right-back played more minutes than any other Leicester defender since the 2019/20 season restart, featuring for 90 minutes in each of their last 9 matches.

Although they ended the season poorly, The Foxes kept a total of 13 clean sheets throughout the campaign; on par with Wolves, Sheffield Utd and Man Utd.

They begin the new season with a trip to newly promoted West Brom, followed by home ties with Burnley, West Ham and Aston Villa in the opening 5 Gameweeks.

Thank you for reading ‘Fantasy Premier League Tips: TOP 5 FPL DEFENDERS: Best Value Tips and Picks’ which was written and produced by @_FPLtips