Players are usually known as Premium, Mid-Priced or Budget and with these constraints in mind, see below our Top 5 FPL DEFENDERS to consider for the upcoming 2021/22 season

The ‘Players to Watch’ series returns for the 2021/22 Fantasy Premier League season with a look at the Top 5 FPL defenders to consider for the opening weeks of the new season.

We’ll be going through the best budget, mid-price and premium options – with at least one from each of those categories included. 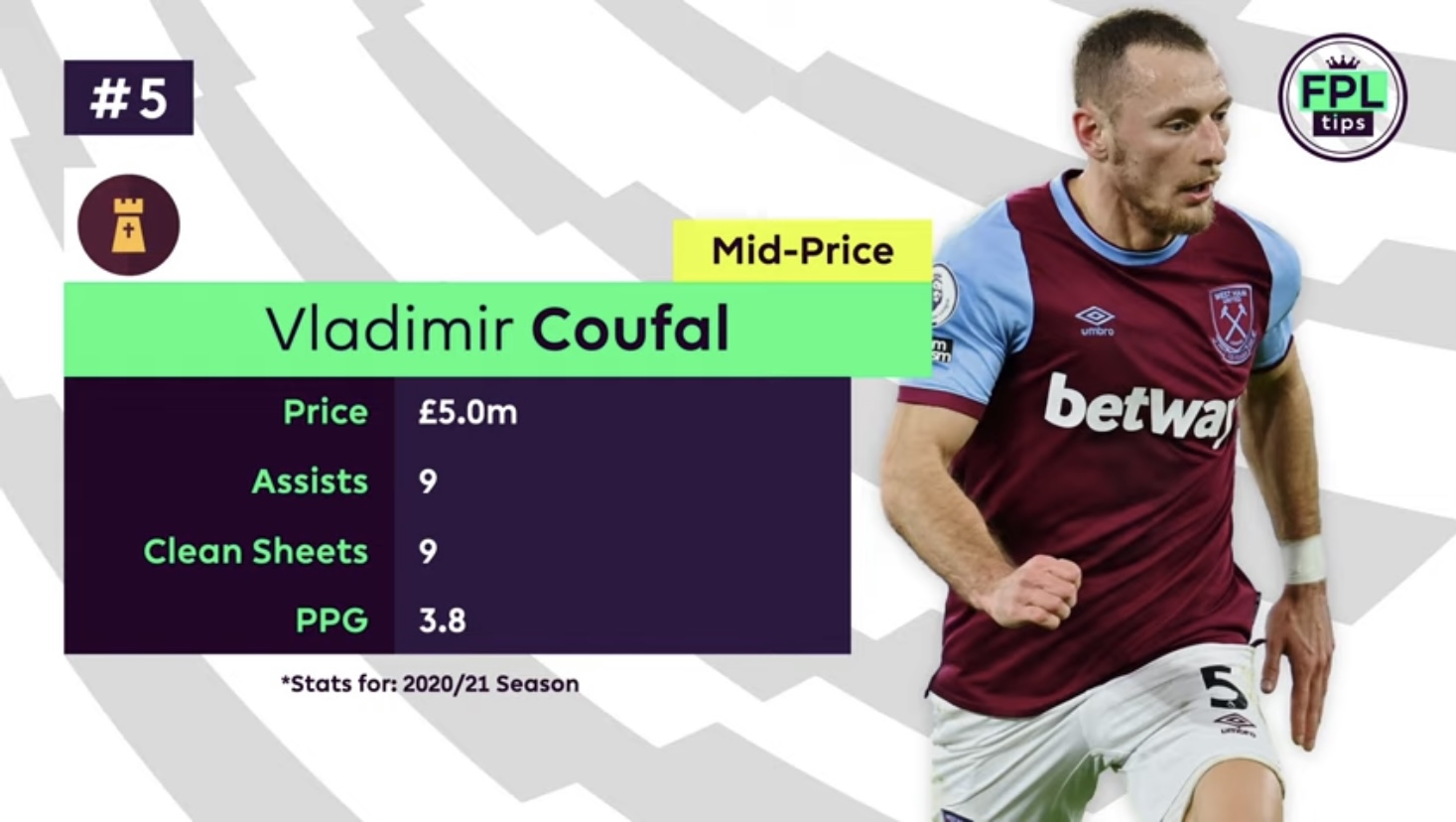 With 9 FPL assists to his name last season, only Aaron Cresswell (11) set up more goals than Vladimir Coufal, amongst defenders.

6 of those came during the second half of the campaign, where only Cresswell (9) and Alexander-Arnold (11) created more big chances than his 7 from defence.

They face Newcastle, Crystal Palace and Southampton in the opening 4 Gameweeks; all fixtures with a difficulty rating of just 2. 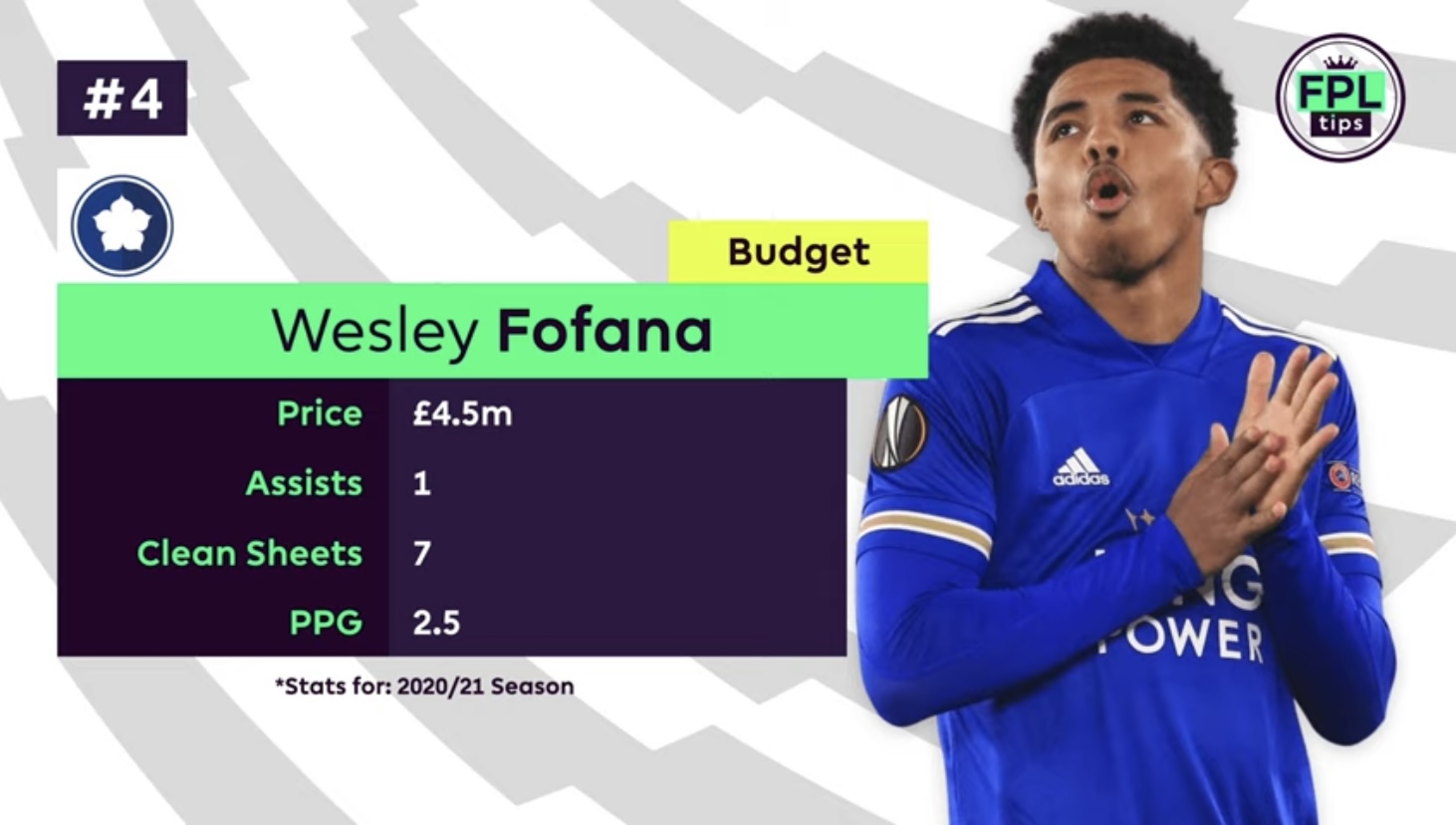 At £4.5m, Wesley Fofana offers a cut-price route into a Leicester side that achieved a top 5 finish last season, keeping 11 clean sheets.

Since making his debut in Gameweek 5 last season, the centre-back went on to make more appearances than any other member of the Foxes’ backline (28).

He’s still awaiting his first Premier League goal but no Leicester defender attempted as many as his 11 shots in the box. 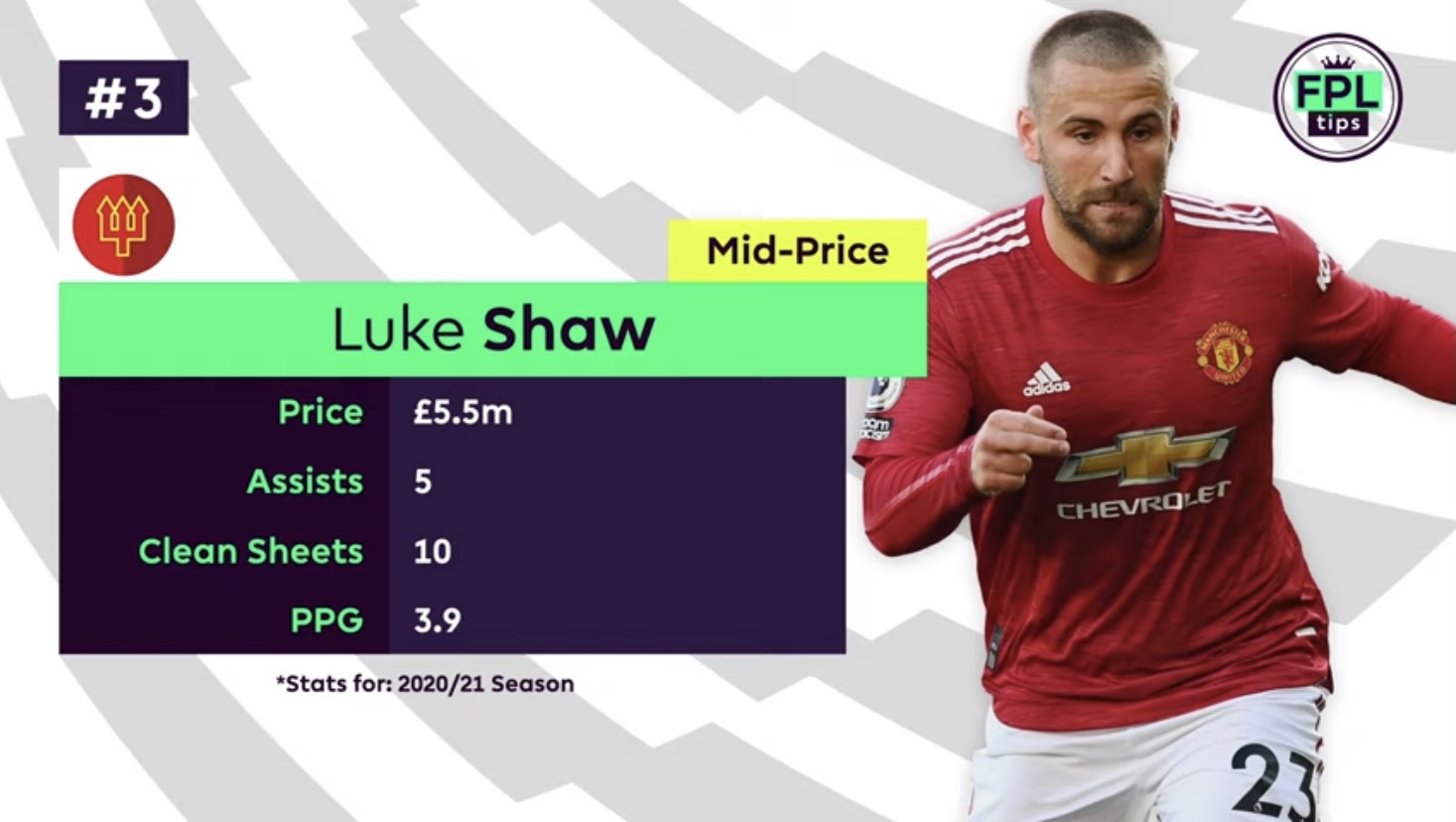 Luke Shaw continues to go from strength to strength; he’s provided 3 assists in 4 matches for England so far at EURO 2020.

They avoid the ‘big six’ in their opening fixtures, taking on Southampton, Newcastle and Aston Villa in the first 6 Gameweeks.

But we’ll have to monitor the availability of England’s EURO 2020 stars come Gameweek 1. 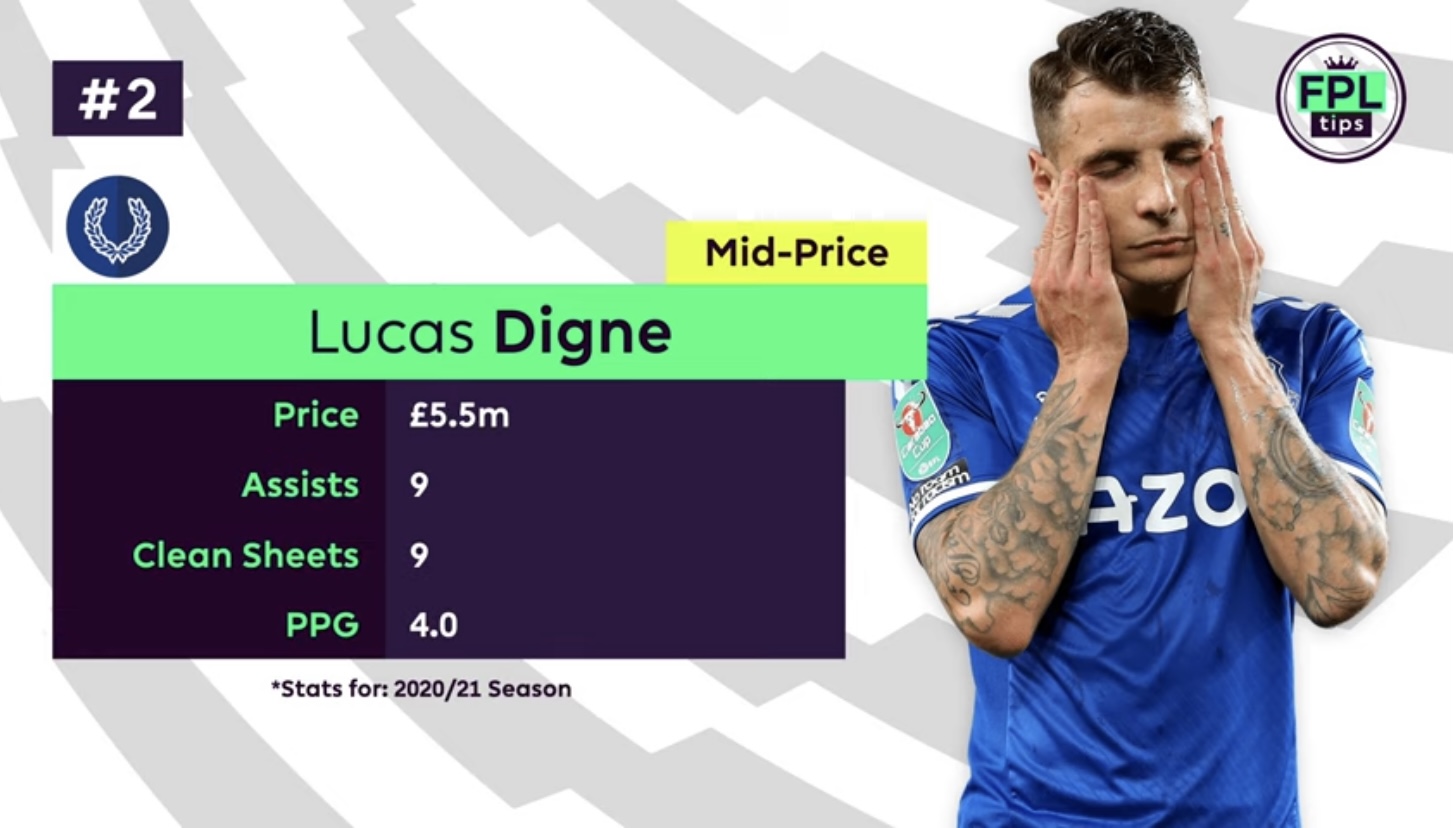 His tally of 9 assists was only beaten by Aaron Cresswell amongst defenders, while only Alexander-Arnold and Cresswell created more big chances.

The Toffees kept a total of 12 clean sheets, with only four teams earning more.

Whilst there is some uncertainty, following the departure of Carlo Ancelotti, his managerial replacement Rafa Benitez is also someone who knows how to organise a team defensively.

And the Spaniard couldn’t have asked for a better start; welcoming Southampton, Burnley and Norwich to Goodison Park in the first 6 Gameweeks. 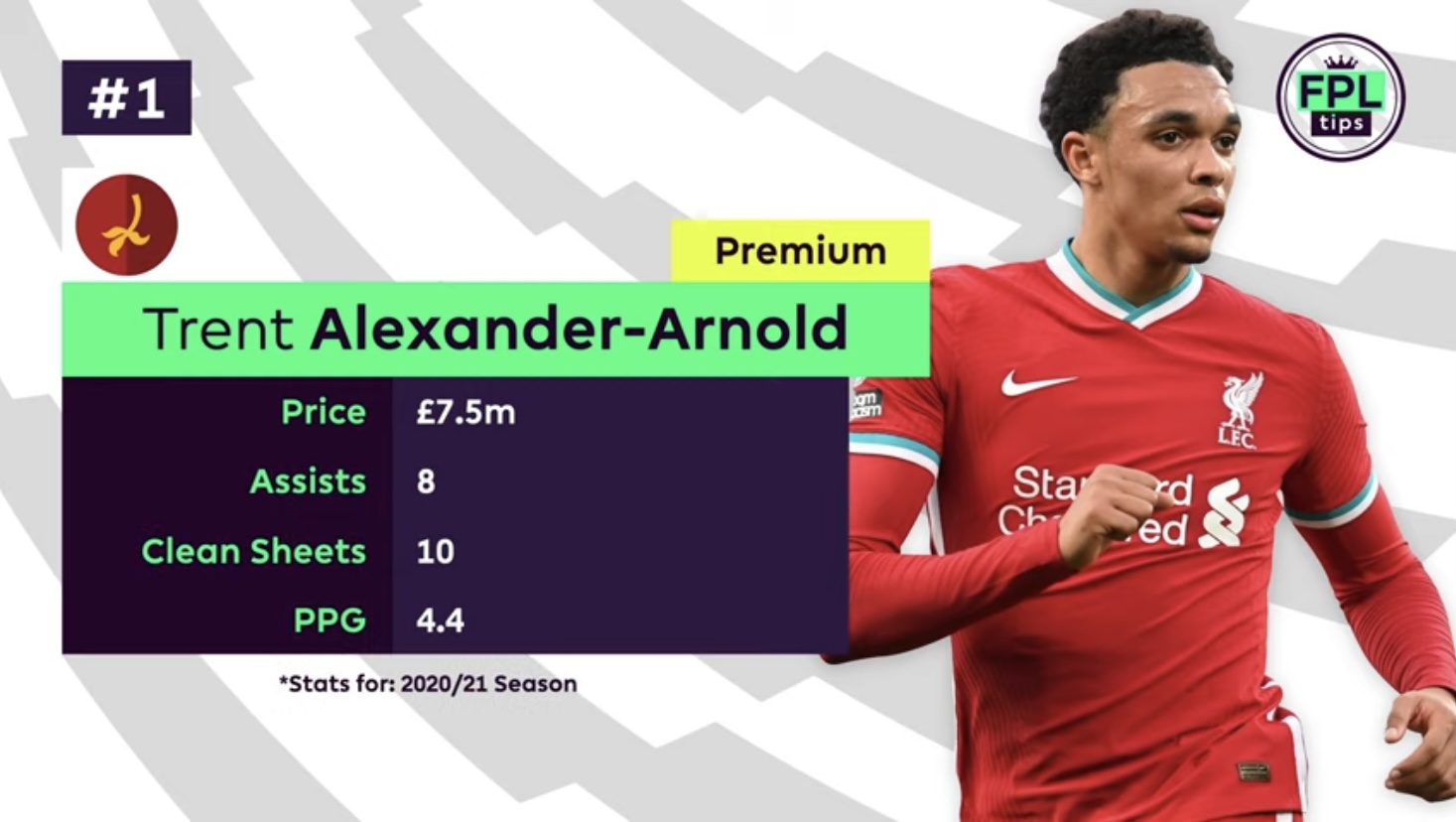 After sadly missing out on England’s EURO 2020 campaign, Trent Alexander-Arnold has been building his fitness throughout the summer and is expected to take full part in Liverpool’s pre-season.

The adventurous right-back was off the pace at the start of last season but picked up 8 of his 10 goal involvements since the turn of the year, where he averaged 5.6 points per game.

His 11 big chances created in that time ranked top amongst all positions, while no defender fired as many as his 36 shots.

The Reds face just one ‘big six’ side in their opening 6 Gameweeks, taking on two of the newly promoted teams.

And four of those fixtures have been given a difficulty rating of just 2.

Thank you for reading ‘Fantasy Premier League Tips: ‘TOP 5 FPL DEFENDERS TO OWN: Budget, Mid-Price & Premium ’ which was written and produced by FFPundits & FPLTips.