Chelsea’s Timo Werner and Leicester City’s Jamie Vardy are two of the most-selected premium forwards on FPL, but who are the best value options to go alongside them?

Werner and Kane have promising fixtures amongst the premium assets but who are some of the best value options to go alongside them?

The pre-season series continues on from our Top 5 Goalkeepers, Defenders and Midfielders, with a look at 5 value options to consider amongst FPL Forwards for the 2020/21 campaign.

As always, we have provided you with a video version of this article, which you can find above and any bookmaker odds quoted in this article have been provided by our friends at bestsportsbook.co.

With 14 goals and 1 assist during 32 appearances, he averaged 4.3 points per game.

The Clarets are often regarded as a pragmatic and defensively minded side but Wood was actually afforded 31 big chances last season; only behind Sterling, Abraham (each 32) and Vardy (34).

Being without a Gameweek 1 fixture, it’s difficult to include Wood from the off but he could still be a player to monitor in the early part of the season.

Between Gameweeks 3 and 9, Burnley don’t face a single side rated higher than a 3 on the FDR. 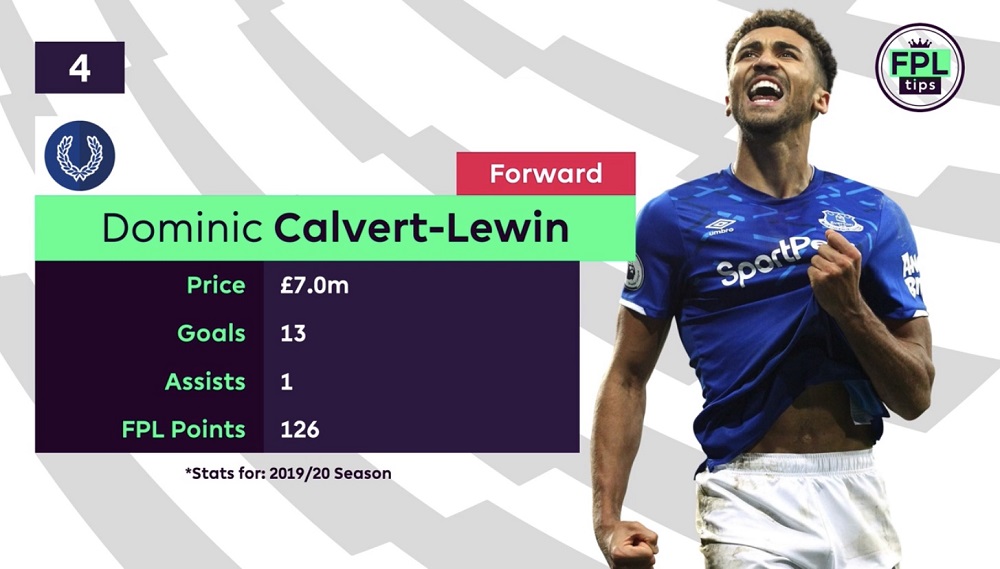 Dominic Calvert-Lewin left FPL managers frustrated last season, failing to score or assist in any of his 9 appearances since the restart.

But Everton were struggling on the whole; they scored just 7 goals over that period, with only Crystal Palace (5) and the now-relegated Norwich (1) managing fewer.

It’s worth remembering just how good he was, along with Richarlison, when Carlo Ancelotti first took charge of Everton in Gameweek 19.

The 23-year-old returned 8 goals and 1 assist in 11 appearances before the season was paused after Gameweek 29, averaging 5.6 points per game.

Only Martial (66) – then listed as a midfielder in the game – picked up more than his 62 FPL points, amongst current forwards.

If he – and Everton as a team – can recapture that early form, Calvert-Lewin could provide some value over the first 4 Gameweeks.

The Toffees begin the season with favourable matches against West Brom, Crystal Palace and Brighton. 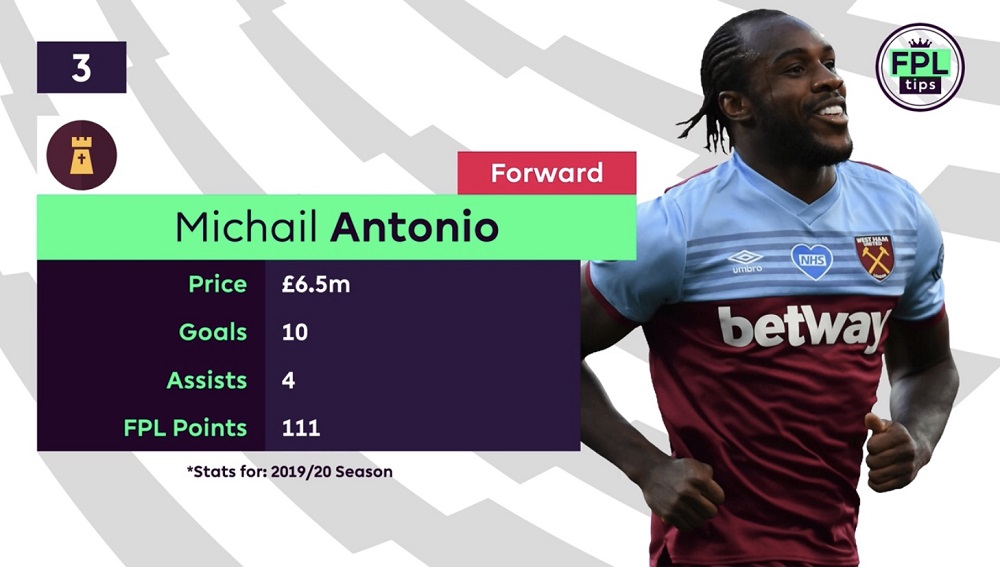 No FPL forward or midfielder, priced at £7.5m or below, could better that average.

The 30-year-old enjoyed a particularly impressive run of form after the restart, with 9 of his 14 FPL involvements coming from Gameweek 30+ onwards, where his average increased to 7.3 points per game.

No player, across all positions, was afforded as many as his 12 big chances during that period, while only Salah could match his 16 efforts on target.

But West Ham’s opening schedule is what hinders Antonio’s appeal early on.

The Hammers face Arsenal, Leicester, Spurs and Man City in the first 6 Gameweeks – all of which have a difficulty rating of 4. 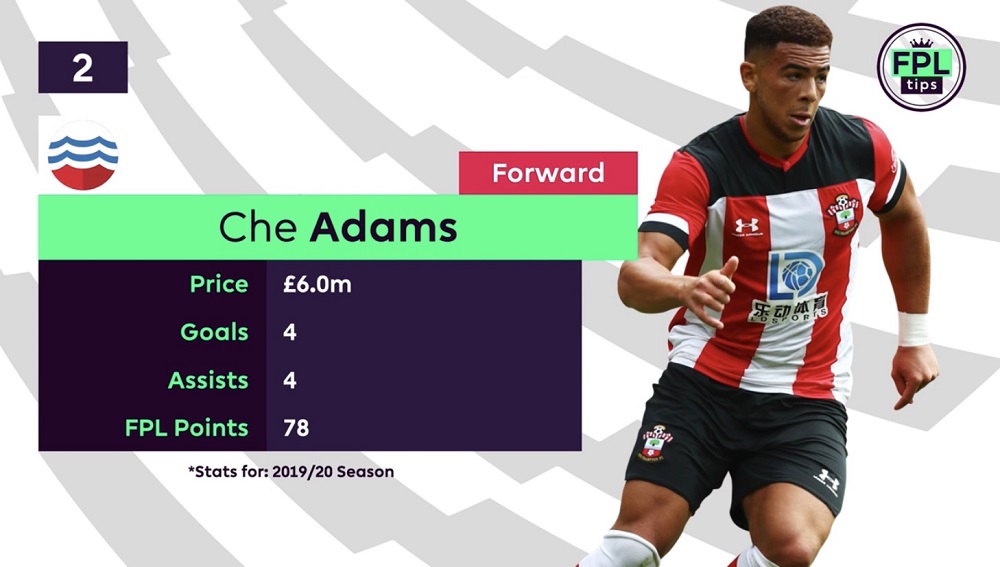 After a frustrating start to his Southampton career, Che Adams ended the season on a high; 7 of his 8 FPL involvements came since the 2019/20 season restart.

He made 4 starts in the last 6 Gameweeks of the campaign, where each of his 4 goals came.

Over that period, the 24-year-old produced 34 FPL points; an improvement on the 32 managed by Danny Ings.

His tally of 16 goal attempts was level with his strike partner and no teammate took as many shots from inside the box (15) or on target (7).

Unlike Ings, Adams is far from secure in the starting lineup but if he can maintain his end of season form, he could provide value early on.

Southampton face just one side rated above a 3 on the FDR across the opening 9 Gameweeks. 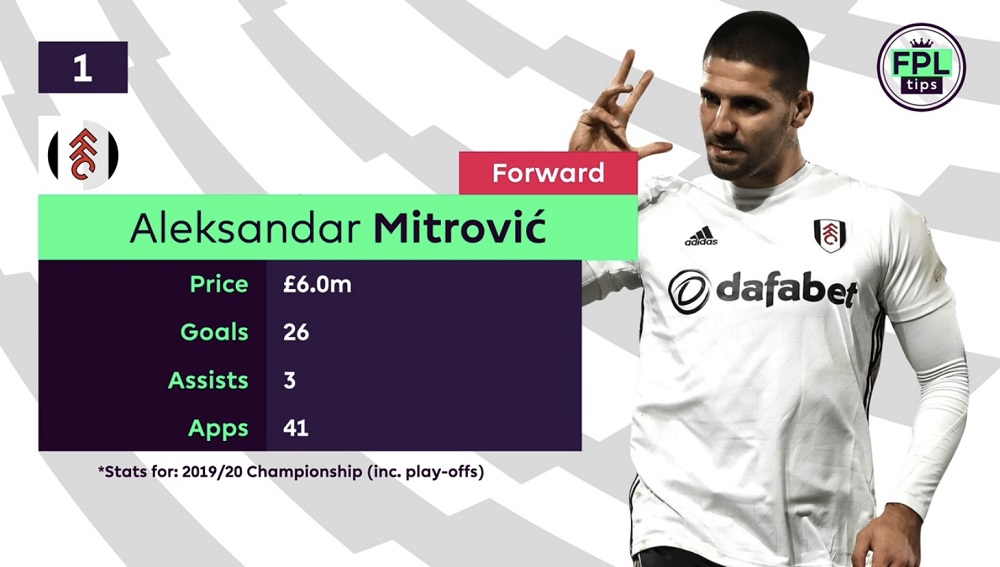 Aleksandar Mitrović returns to Fantasy Premier League with a £6.0m price tag; £0.5m cheaper than in the 2018/19 campaign, where he amassed 11 goals and 4 assists.

The Serbian was key to Fulham gaining promotion from the Championship last season, scoring a league-high 26 goals in 41 appearances across league and play-offs.

He ranked 2nd in the division with tallies of 151 total shots and 57 efforts on target, only behind Brentford’s Saïd Benrahma.

Fulham begin life back in the Premier League with a generous opening schedule, which includes home ties with Aston Villa, Crystal Palace and West Brom.

Across the first 9 matches, their Gameweek 5 meeting with Sheffield Utd is the only fixture rated higher than a 3 on the FDR.

BEFORE YOU GO… This season, our partners at FanTeam are offering a life-changing prize pool of €1,000,000 for their season-long Premier League Fantasy game, with €200,000 going to the first-place winner.

Thank you for reading ‘Fantasy Premier League Tips: TOP 5 FPL FORWARDS: Best Value Tips and Picks’ which was written and produced by @_FPLtips