Players are usually known as Premium, Mid-Priced or Budget and with these constraints in mind, see below our Top 5 FPL FORWARDS to consider for the upcoming 2021/22 season

The pre-season content continues with a look at five FPL forwards to consider for the opening weeks of the 2021/22 campaign.

As with each episode in this mini-series, we’ll be going through the best budget, mid-price and premium options – with at least one from each of those categories included. 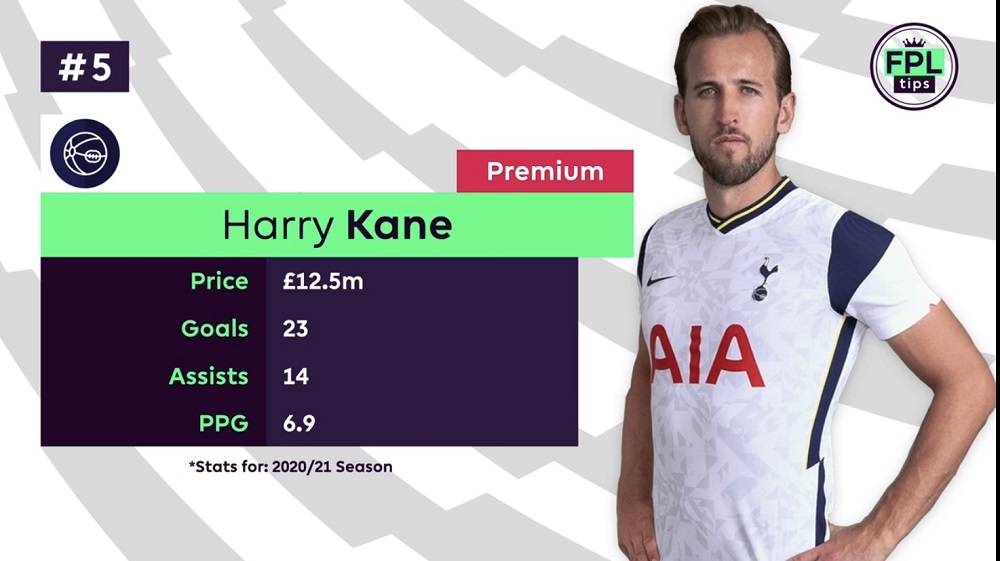 Providing he remains a Premier League player next season, whether at Spurs or elsewhere, Harry Kane will continue to be one of the best premium assets in the game.

The England captain enjoyed his most productive FPL season to date in 2020/21, playing a direct hand in 37 goals (23 goals, 14 assists); five more than any other player.

Almost in a league of his own, compared to other forwards, his total of 242 points was 48 more than the nearest competitor, Patrick Bamford (194).

But with uncertainty over where he’ll be playing and how his fitness levels will be early on, after leading England to the EURO 2020 final, it’s hard to justify his inclusion ahead of premium options in midfield. 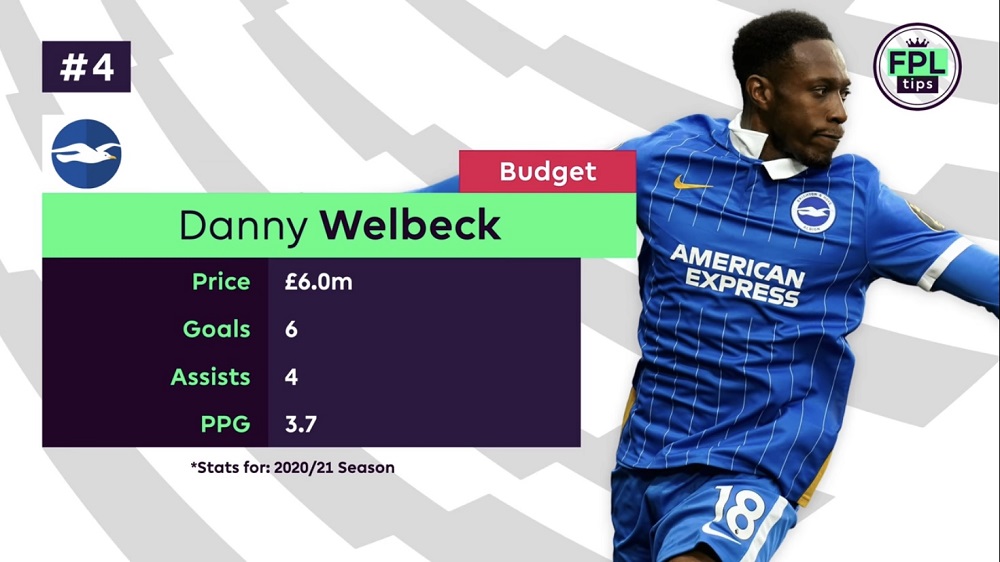 Danny Welbeck rediscovered his form towards the end of last season to record his best goals tally in the Premier League since 2013/14.

From Gameweek 28 onwards, the 30-year-old amassed 4 goals and 2 assists in 10 appearances; averaging 5.0 points per game.

Only five forwards could better his points total in that time (50) and he ranked top amongst Brighton teammates for big chance involvements – with 8 (5 big chances, 3 big chances created).

The Seagulls have a great run of fixtures to begin the new season; offering Welbeck the chance to pick up right where he left off. 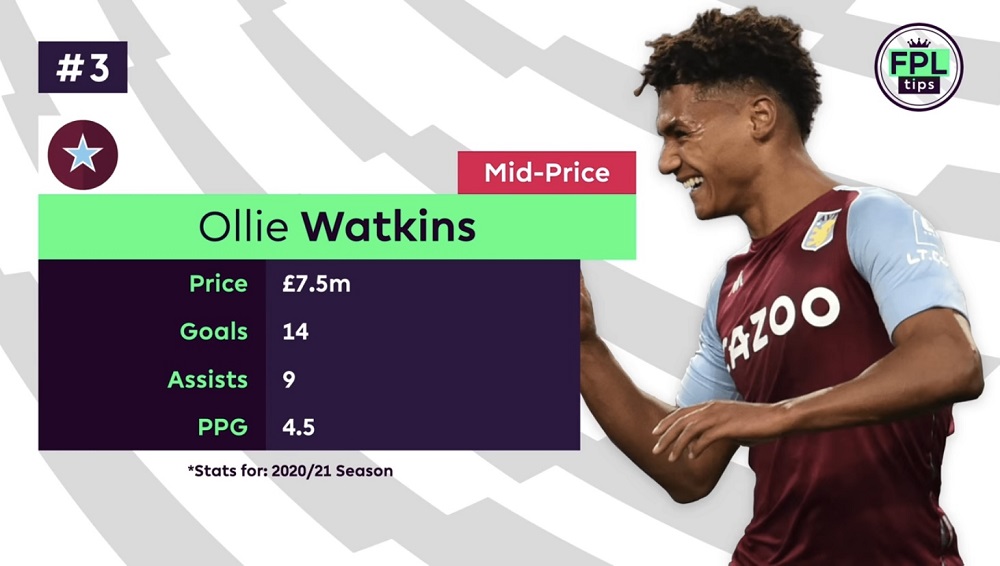 Featuring in all but one game, his total of 241 touches in the opposition’s box was 50 more than any other forward took.

Tallies of 97 shots, with 87 from inside the box and 45 on target, each ranked amongst the top four strikers. 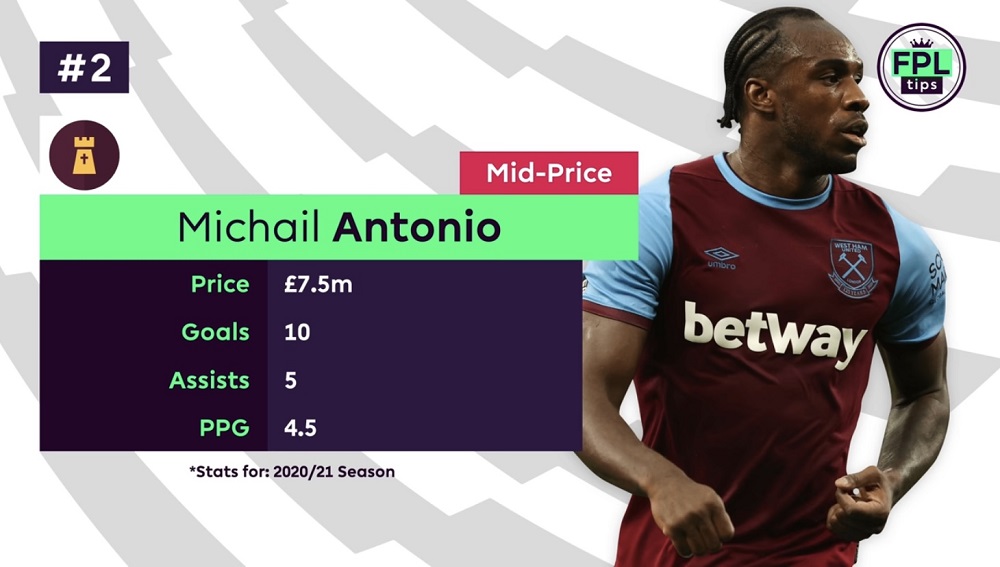 Despite his troubles with injury, Michail Antonio has reached double-figures in back-to-back seasons; averaging 5.4 points per 90 minutes in 2020/21.

Ending the season with 7 goals and 5 assists from Gameweek 19 onwards, West Ham’s joint top-scorer ranked amongst the top six FPL forwards for that period.

The Hammers take on Newcastle, Crystal Palace and Southampton in the first four Gameweeks; each given a difficulty rating of just 2. 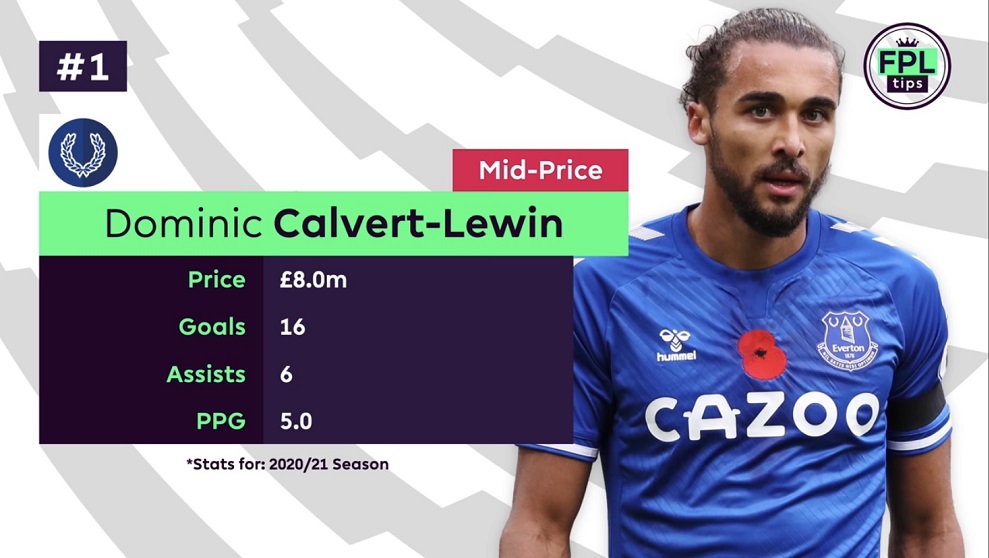 Enjoying his best season to date, Dominic Calvert-Lewin (16) trailed only Bamford (17) and Kane (23) for goals amongst forwards.

The 24-year-old was especially productive in the first-half of the campaign, with only Salah (13) netting more than his 11 goals before the turn of the year (GW1-16), across all positions.

Only Vardy (18) recorded more big chances (17) in that time and no player took as many shots from inside the six-yard box (12); a stat he remained the leader of throughout the rest of the campaign (21).

We’ll have to monitor his availability for Gameweek 1 after being part of the England EURO 2020 squad but the Toffees are already set to be without Richarlison, with the Brazilian taking part in the Olympics between July and August.

So, you’d expect to see Calvert-Lewin lining up to face Southampton.

Thank you for reading ‘Fantasy Premier League Tips: ‘TOP 5 FPL FORWARDS TO OWN: Budget, Mid-Price & Premium ’ which was written and produced by FFPundits & FPLTips.