Who are the top 5 best value Goalkeeper’s to have in your Fantasy Premier League team for the 2020/21 season?

Today, it’s goalkeepers who are going under the microscope, with 5 value options to consider for your Gameweek 1 FPL teams. 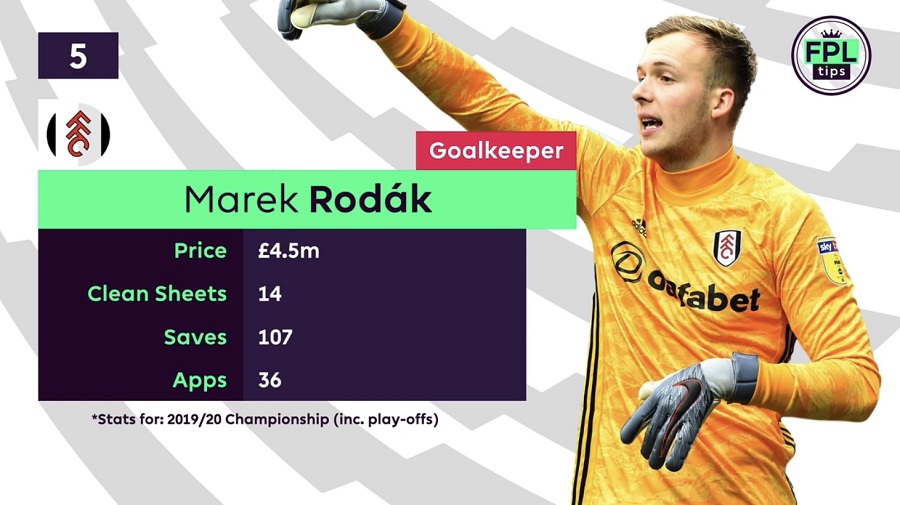 Making 36 appearances across league and play-offs last season, Marek Rodák established himself as the first-choice option between the sticks for Fulham.

His average of 3.0 saves per game was top amongst the promoted goalkeepers, ahead of West Brom’s Sam Johnstone – with 2.4 and Leeds Utd’s Kiko Casilla and Illan Meslier – each on 2.0.

Leeds (22) were the only side able to better the Cottagers’ 17 clean sheets in the Championship last season.

They begin life back in the Premier League with a favourable run of opening fixtures, which includes home ties with Aston Villa, Crystal Palace and West Brom.

Across the opening 9 matches, their Gameweek 5 meeting with Sheffield Utd is the only fixture rated higher than a 3 on the FDR. 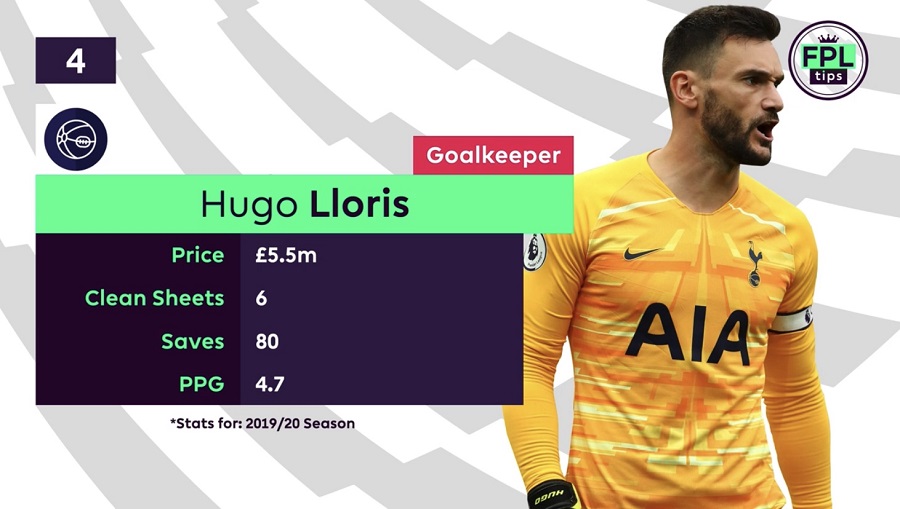 On a per 90 minutes basis, since that date (GW13-38+), Hugo Lloris averaged 5.4 points; a league-best amongst goalkeepers and a substantial improvement on Nick Pope’s average of 4.8 points per 90, during the same period.

The Frenchman missed a number of games through injury but enjoyed a string of good performances following the restart, from Gameweek 30+ onwards.

He earned 47 FPL points during those final 9 Gameweeks; Ederson was the only goalkeeper who managed more – with 51 – though Man City also played an extra game.

Spurs also have one of the more favourable runs to begin the season, facing just one side rated above 3 on the FDR over the first 8 Gameweeks.

That run include home ties with Everton, Newcastle, West Ham and Brighton. 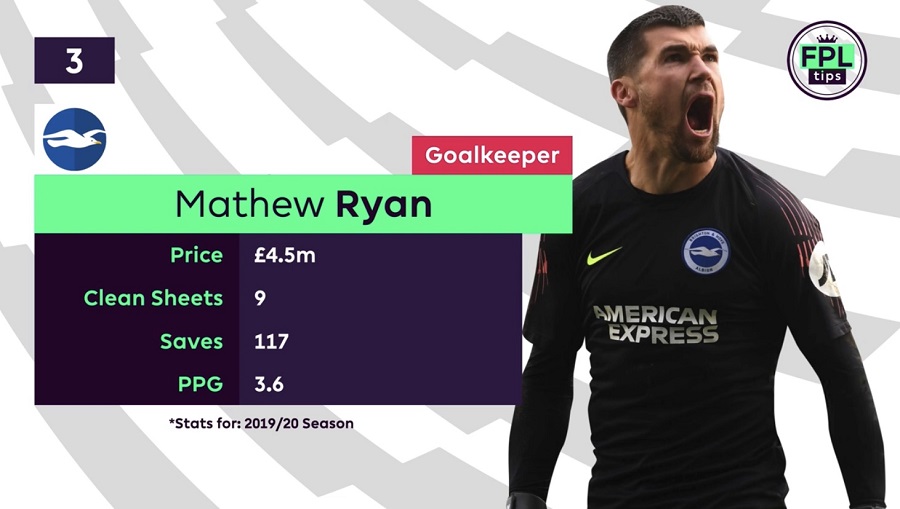 Mat Ryan is a tried and tested budget goalkeeper, earning an average of 3.5 points per game across the past 3 seasons combined.

Brighton ranked joint-11th with 9 clean sheets in the 2019/20 campaign and 6 of these came against sides in the bottom half of the table.

The Seagulls have a mixed bag of fixtures to begin the new season but ties with Newcastle, Crystal Palace, West Brom and Burnley in the opening 8 Gameweeks offer some potential.

Only 2 of their opening 9 fixtures are rated higher than a 3 on the FDR. 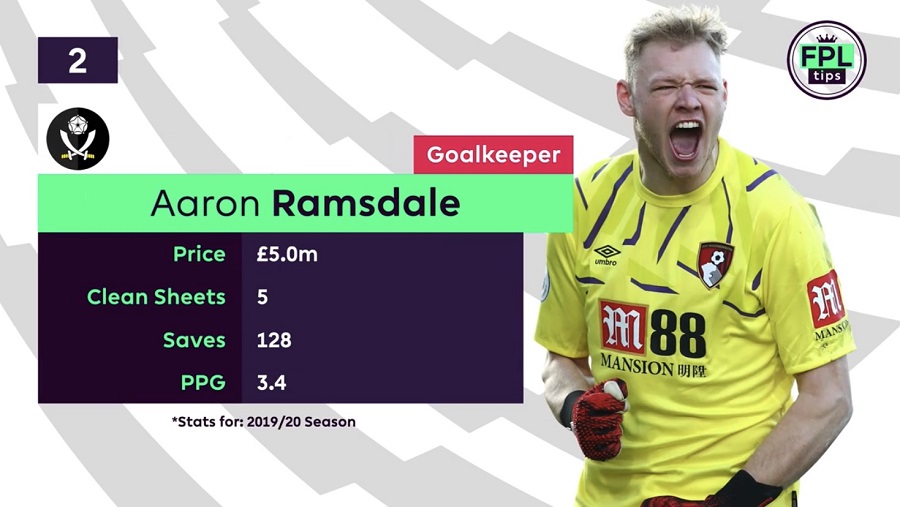 The 22-year-old made 128 saves last season; only bettered by Dubravka (139), but the improved protection now ahead of him could see that number fall.

On the plus side, however, the Blades kept an impressive 13 clean sheets on their return to the Premier League; only Burnley, Liverpool (each 15) and Man City (17) managed more.

By comparison, the Cherries, along with Norwich, each kept a league-low tally of just 5 clean sheets, resulting in relegation for both teams.

The opening 5 fixtures look promising for Chris Wilder’s side, with Wolves, Leeds and Fulham travelling to Bramall Lane.

They do, however, take a turn for the worst from Gameweek 6, where they face Liverpool, Man City and Chelsea in consecutive matches; potentially forcing an early wildcard. 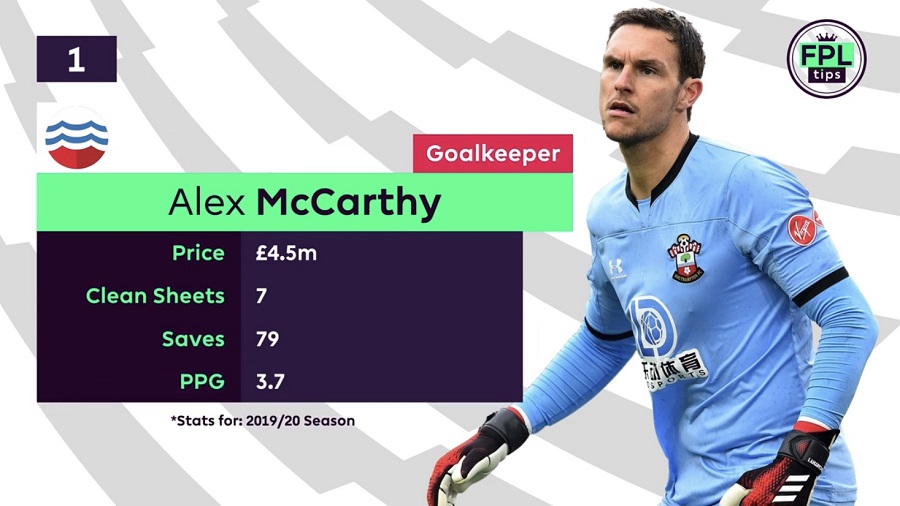 From Gameweek 11 onwards, when he claimed the no.1 spot for Southampton, Alex McCarthy produced 104 FPL points; an average of 3.7 per game.

The pair, along with Leno, were the only goalkeepers in this group able to better McCarthy’s 69.9% save rate, amongst regular starters.

His 7 clean sheets, meanwhile, could only be bettered by the Newcastle goalkeeper – with 8.

Southampton face just one side rated above a 3 on the FDR across the opening 9 Gameweeks.

Thank you for reading ‘Fantasy Premier League Tips: TOP 5 FPL GOALKEEPERS: Best Value Tips and Picks’ which was written and produced by @_FPLtips