Players are usually known as Premium, Mid-Priced or Budget and with these constraints in mind, see below our Top 5 FPL GOALKEEPERS to consider for the upcoming 2021/22 season

The ‘Players to Watch’ series continues with a look at 5 Fantasy Premier League goalkeepers to consider for the opening weeks of the new season.

Once again, we’ll be taking a look at the best budget, mid-price and premium options – with at least one from each of those categories included. 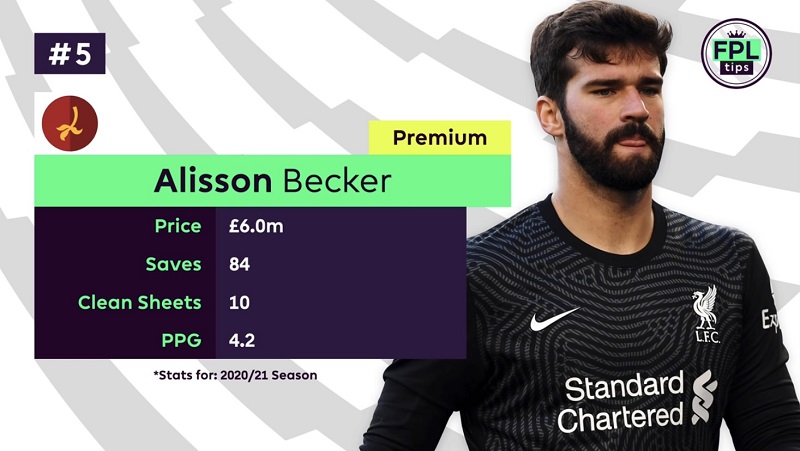 It’s standard amongst veteran FPL managers to spend as little as possible on a goalkeeper but – for the sake of this format – if you were going to splash out on a premium option, Alisson Becker should be considered.

Liverpool face just one ‘big six’ side in the first 6 Gameweeks, taking on two of the newly promoted teams.

For those considering an early Wildcard in Gameweek 4, Emi Martinez deserves a brief mention – despite the drastic price increase – with opening ties against Watford, Newcastle and Brentford.

But with strong options at cheaper price points, it’s hard to justify spending that much on a goalkeeper in the longer term. 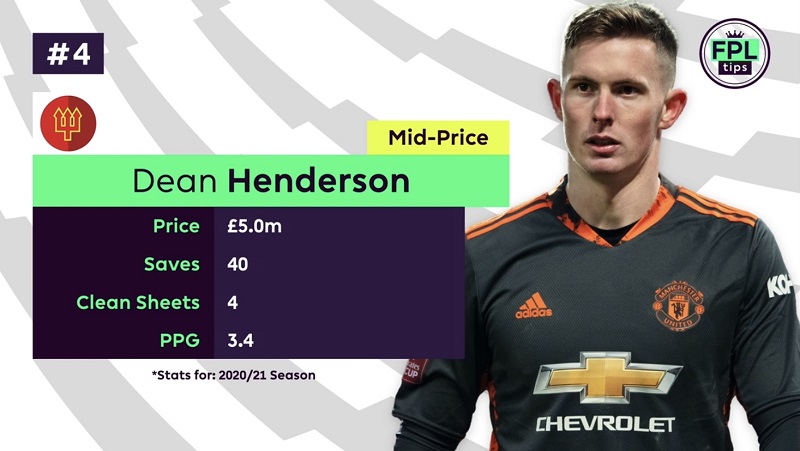 Uncertainty as to whether Dean Henderson or David de Gea will be United’s first-choice goalkeeper next season has seen each of them handed the tempting price of £5.0m.

The signing of Tom Heaton, as a back-up option between the sticks, suggests one of the pair will be allowed to leave this summer.

Making over 3 saves per 90 minutes on average last season, Henderson fell short of only four first-choice goalkeepers in the Premier League, excluding those from relegated teams.

The Englishman kept out 40 of the 51 shots on target he faced, giving him the best save percentage rate (78%) of any keeper who featured for more than 270 minutes.

So, despite the risk there at present, it’s definitely worth keeping an eye on the situation. 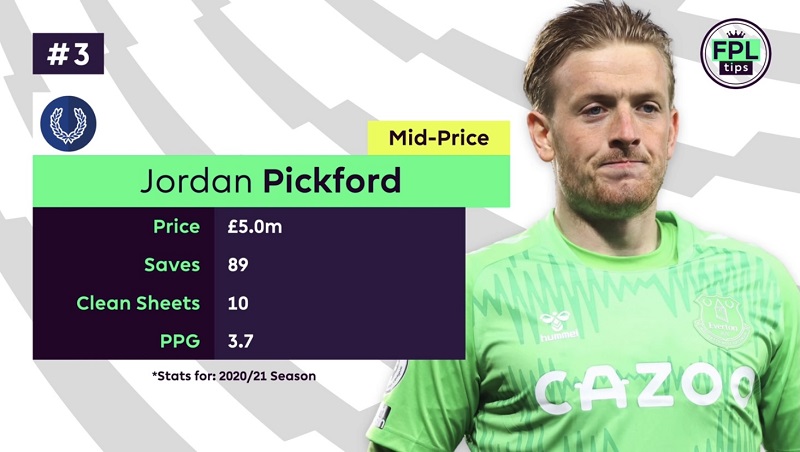 Before playing a vital role in England’s EURO 2020 campaign this summer, Jordan Pickford ended last season on a high.

7 of his 10 clean sheets came in his final 13 appearances, from Gameweek 25 onwards.

No goalkeeper kept as many shut-outs during that spell, while only Meslier (65) and Alisson (67) earned more than his 62 FPL points, excluding those from relegated teams.

Now under the management of Rafa Benitez, Everton begin the new season with home fixtures against Southampton, Burnley and Norwich in the first 6 Gameweeks.

Kasper Schmeichel also deserves a mention at this price, facing just one ‘big six’ side in the first 7 Gameweeks.

But the fact that Wesley Fofana (4.5) is available as a cheaper route into the Leicester defence means Pickford and Henderson just edge him to a place in this top 5. 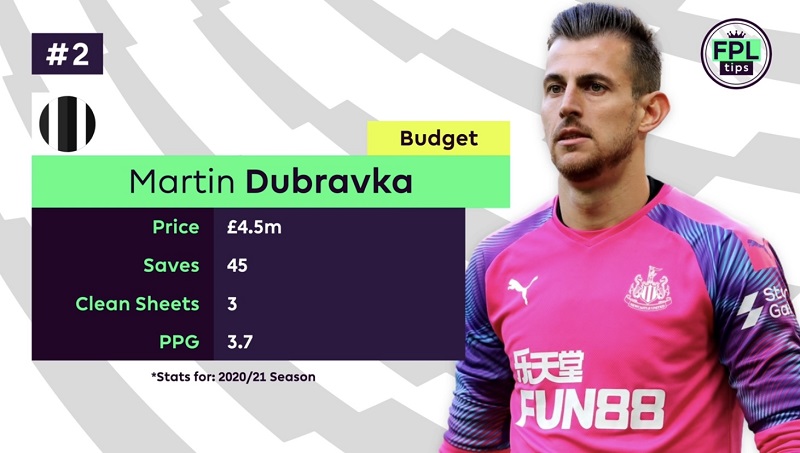 After missing much of last season through injury, Martin Dubravka regained his starting place from Karl Darlow in Gameweek 26 and went on to average 3.7 points per game.

Despite keeping only 3 clean sheets in those 13 Gameweeks, just six goalkeepers could better his 48 FPL points, excluding those from relegated sides.

Newcastle begin the season with home matches against West Ham, Southampton and Leeds, while just one of their first 9 fixtures have a difficulty rating higher than 3. 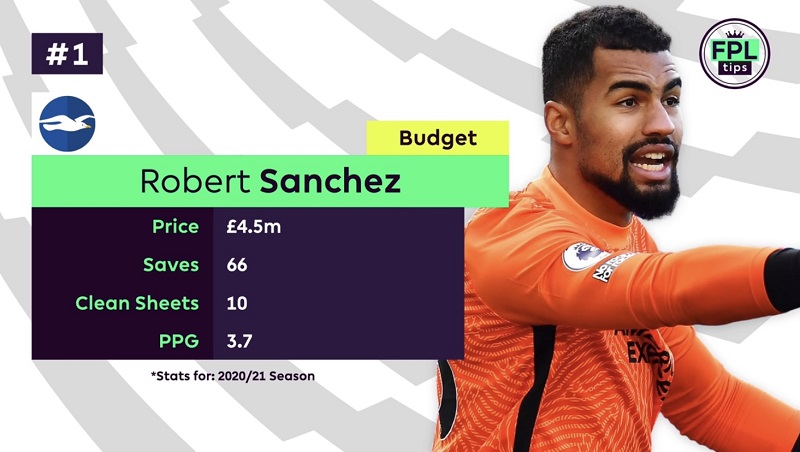 After making just one appearance in Brighton’s first 12 matches last season, Robert Sanchez displaced Matt Ryan as their number one from Gameweek 13 onwards.

The Spaniard kept 10 clean sheets in 26 appearances from that point on, with only five goalkeepers earning more than his 100 FPL points.

Chelsea (13) and Man City (14) were the only teams to earn more clean sheets than the Seagulls during that period.

Brighton have arguably the best opening run, from a defensive perspective, with five of their first eight fixtures given a difficulty rating of just 2.

So, it’s easy to see why Sanchez is the 2nd most-selected goalkeeper in the game.

Thank you for reading ‘Fantasy Premier League Tips: ‘TOP 5 FPL GOALKEEPERS TO OWN: Budget, Mid-Price & Premium’ which was written and produced by FFPundits & FPLTips.