Every season, there are players who surprise us when it comes to Fantasy Premier League, but which players have the potential to outperform their price this season?

Whether it’s a player who underperformed last season – due to injury or lack of game-time – or just someone who’s yet to fulfil their potential.

Here are five under the radar picks to keep an eye on this season:

Please note that all player prices, ownership percentages and match game odds from Mr Win were correct at the time of publishing. 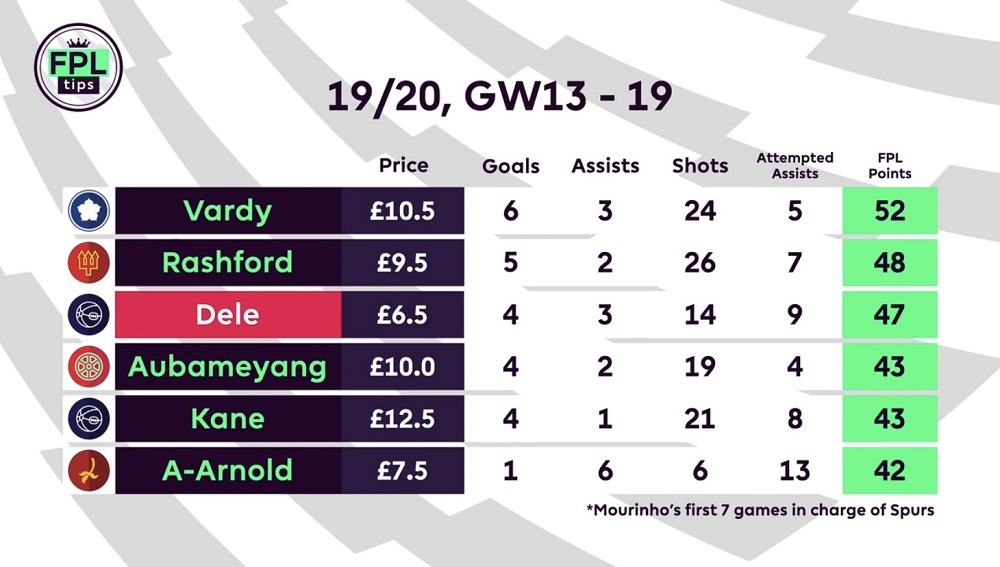 It’s been a tough few years for Dele Alli but the arrival of Nuno Espirito Santo could spark a revival.

The Englishman expressed a desire to recapture his form from years gone by in a recent interview, saying he wants to make this year one of the best he’s had.

He got his pre-season off to a great start with a goal against Colchester, lining up on the left of a midfield three but moving into a no.10 position when Spurs were on the attack.

No teammate earned as many as his 47 FPL points during that period; an average of 6.7 per game. 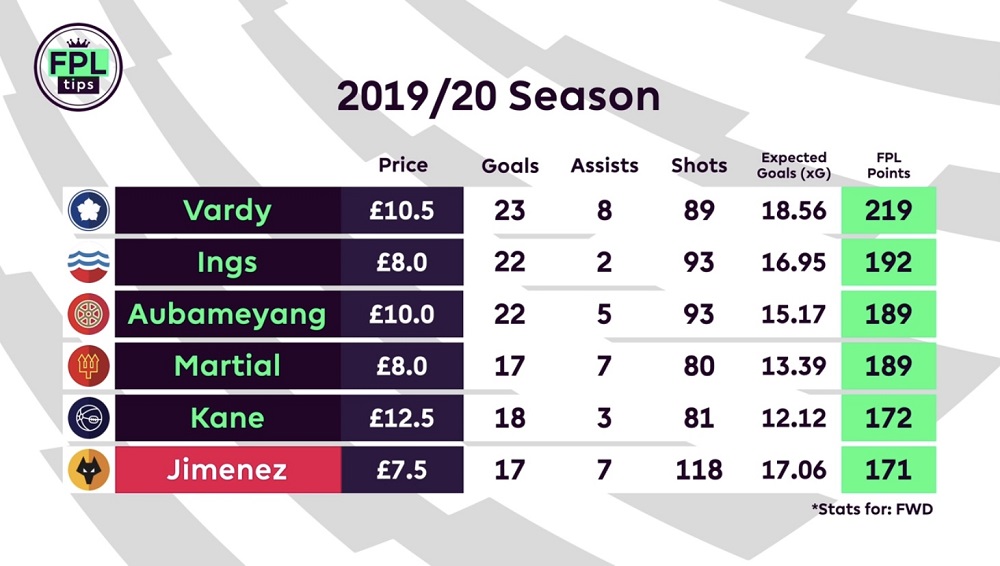 The Mexican boasts an impressive history since his arrival in the Premier League, ranking sixth amongst FPL forwards for points in the 2019/20 season.

Though there is some uncertainty, after the lengthy lay-off and with a change in management at Wolves, Jimenez starts the new season a million pounds cheaper than the last.

A kind run of fixtures between Gameweeks 4 and 14 adds to his appeal. 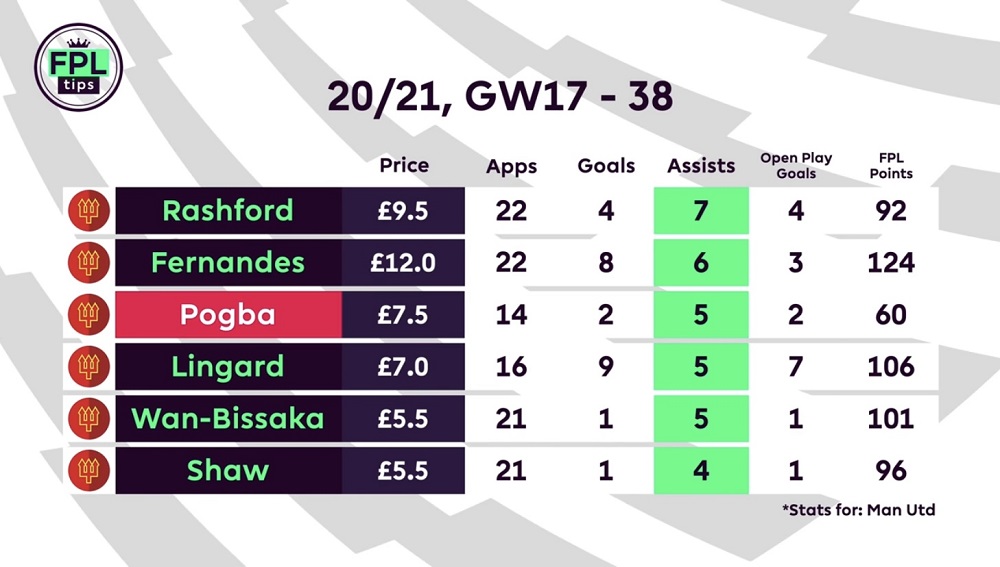 A change in role could see Paul Pogba re-emerge as a fantasy asset this season, providing his remains a United player.

According to a report by ESPN, Ole Gunnar Solskjaer is keen to implement a more attacking 4-3-3 formation which would see Pogba employed alongside Bruno Fernandes.

The Frenchman quietly enjoyed an improved second-half to last season; earning 7 of his 9 goal involvements, in just 14 appearances, since the turn of the year (2 goals, 5 assists).

But, of course, penalties are a huge part of the Portuguese midfielder’s appeal. 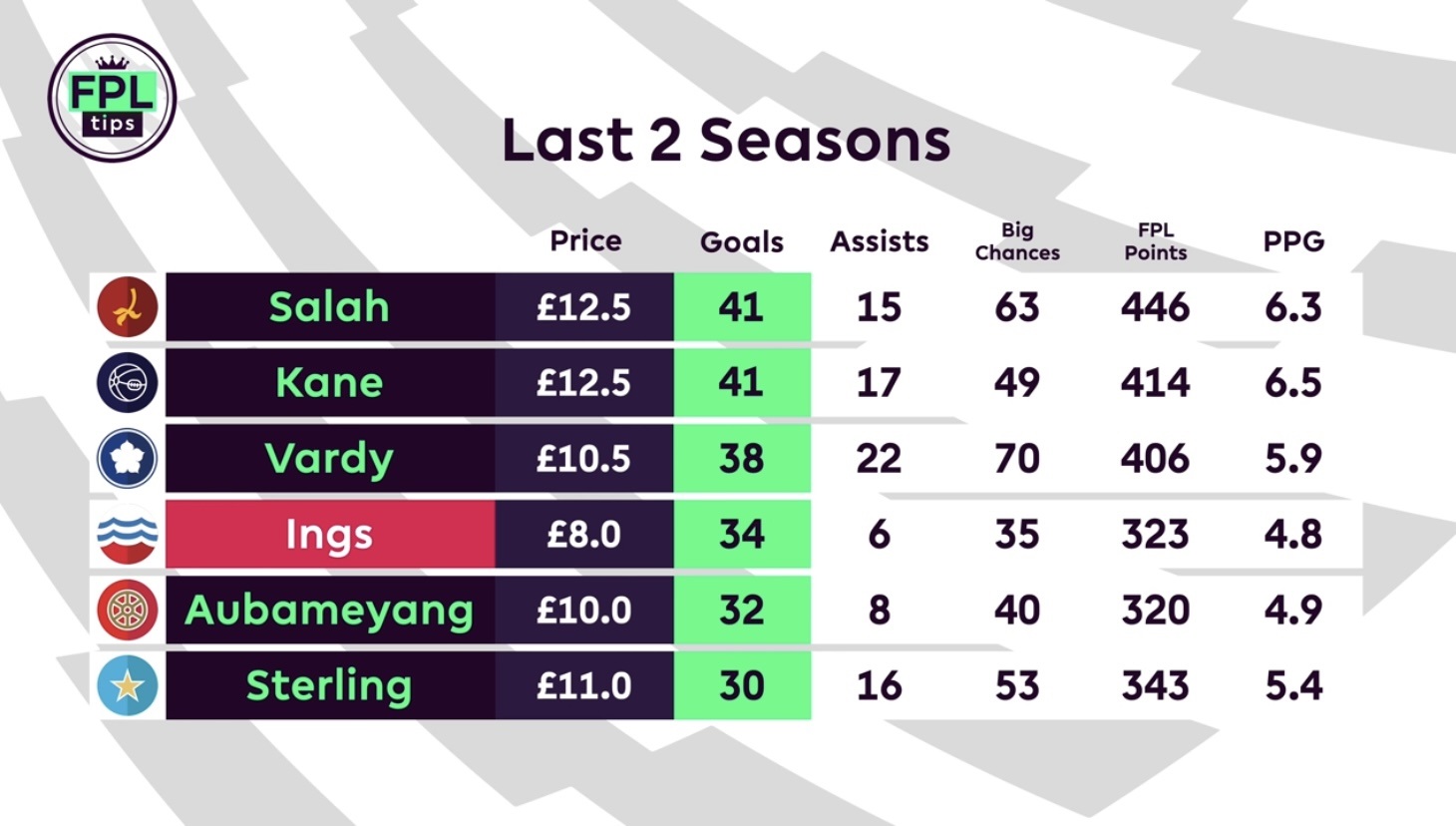 UPDATE: this content and video was produced and published before Danny Ings’ unexpected transfer to Aston Was announced.

After two impressive seasons with Southampton, it’s no surprise to see him linked with potential moves to Spurs and Man City this summer.

But wherever the 28-year-old ends up, he’s bound to offer value as a fantasy asset at some stage next season.

Should he remain a Saints player, it’s worth noting their fixture swing in Gameweek 8.

They take on Leeds, Burnley, Watford, Villa and Norwich over a five-match spell. 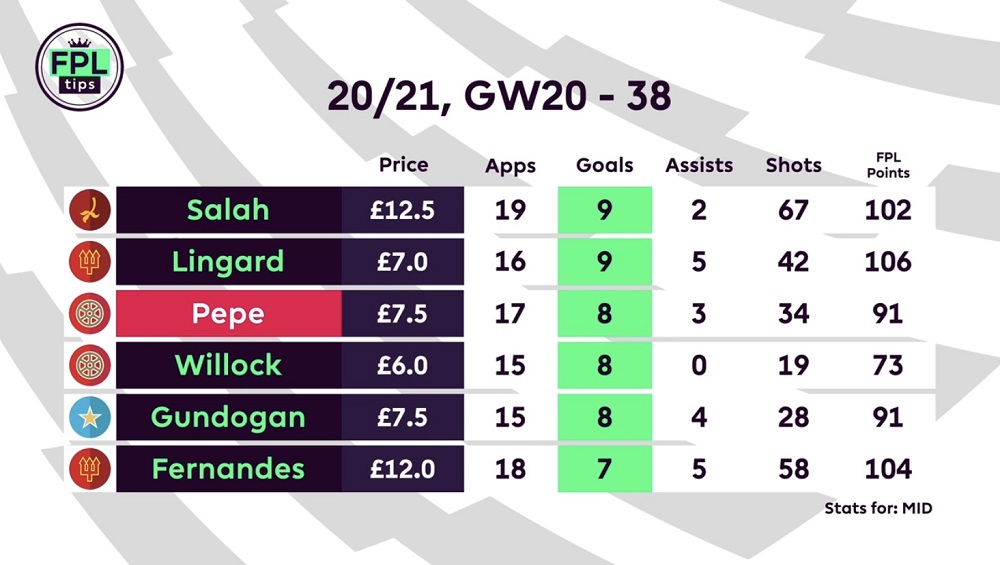 After picking up just two returns in the first half of last season, Nicolas Pepe went on to reach double figures for goals (10) following a strong finish.

The 26-year-old amassed 8 goals and 3 assists from Gameweek 20 onwards, averaging 5.4 points per game.

Only Lingard and Salah (each 9) scored more goals during that period, amongst current Premier League midfielders.

Meanwhile, his points tally (91) was 24 better than any other Arsenal player – excluding Joe Willock, who was on-loan at Newcastle during this time.

The Gunners have lots of exciting FPL talent in midfield, with both Bukayo Saka and Emile Smith Rowe priced kindly.

So, it’ll be interesting to see who emerges as the strongest asset ahead of their promising run of fixtures from Gameweek 4 onwards.