Their total of 77 goals scored was on par with Leeds and ranked joint-2nd throughout the division; only behind Brentford (84).

Whilst 5 Championship sides kept more clean sheets than the Baggies’ 14, only Brentford (38) and Leeds (35) shipped fewer goals than their 45. 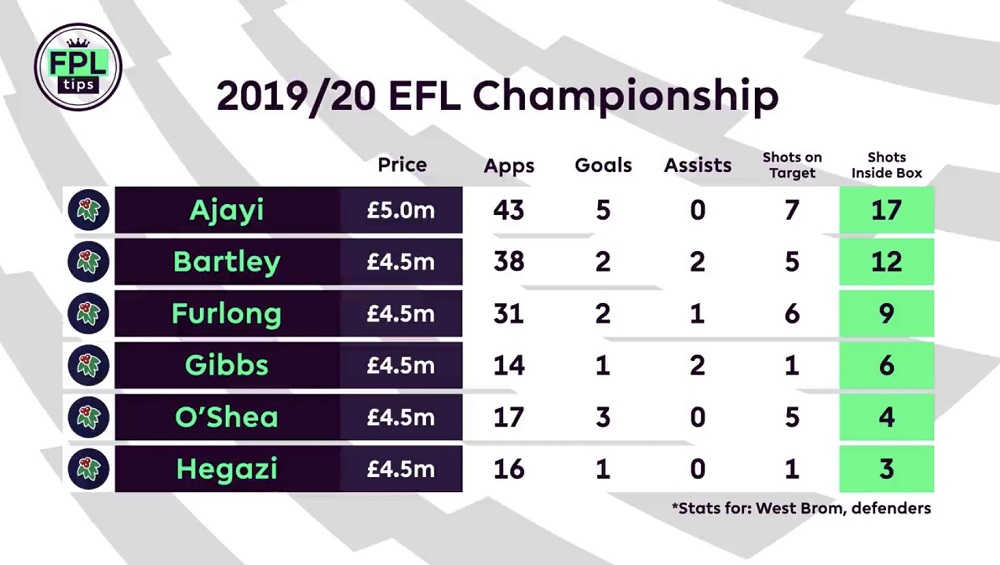 Making 43 appearances, centre-back Semi Ajayi was a mainstay in the West Brom backline; goalkeeper Sam Johnstone in fact was the only player to earn more minutes last season.

No other Baggies defender chipped in with more than his 5 goals throughout the campaign or bettered his 25 total attempts, his 17 shots in the box or his 7 efforts on target.

But despite his impressive eye for goal, £5.0m is always a lot to invest in a defender from a newly promoted side, especially right from the off.

His central-defensive partner Kyle Bartley (4.5) could be a more affordable alternative, having amassed 2 goals and 2 assists in 38 appearances. 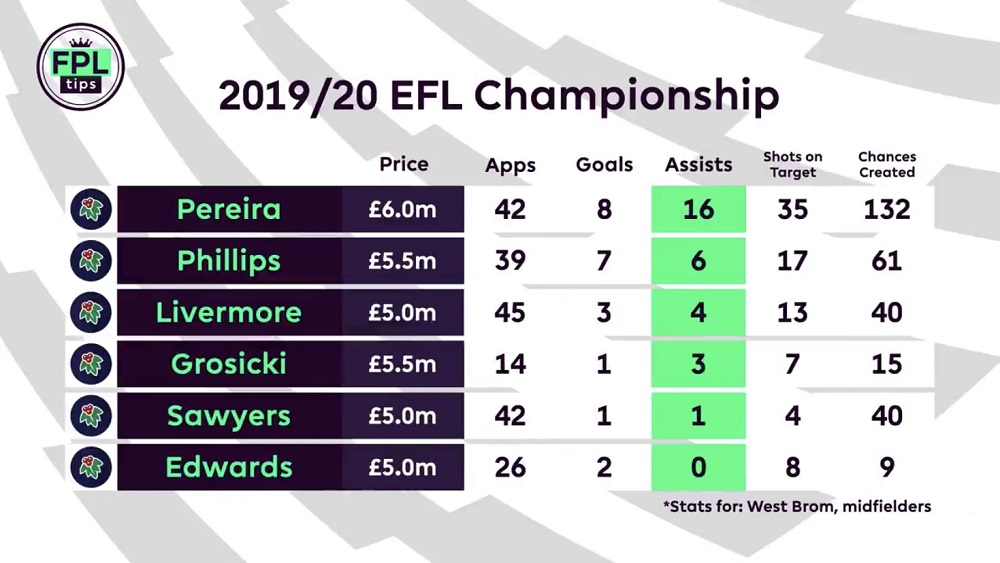 With a direct involvement in 24 goals last season (8 goals, 16 assists), no player was more influential in attack for the Baggies than Matheus Pereira.

One of the first names on the teamsheet, only Ajayi, Livermore and Johnstone made more appearances than his 42; 38 of which were from the off.

Operating primarily as a no.10 in a 4-2-3-1 system, the Brazilian chipped in with a league-high tally of 16 assists; 3 more than anyone else in the division and 10 more than any teammate.

His total of 132 chances created was also a league-leading figure and more than double the amount managed by any other West Brom player. 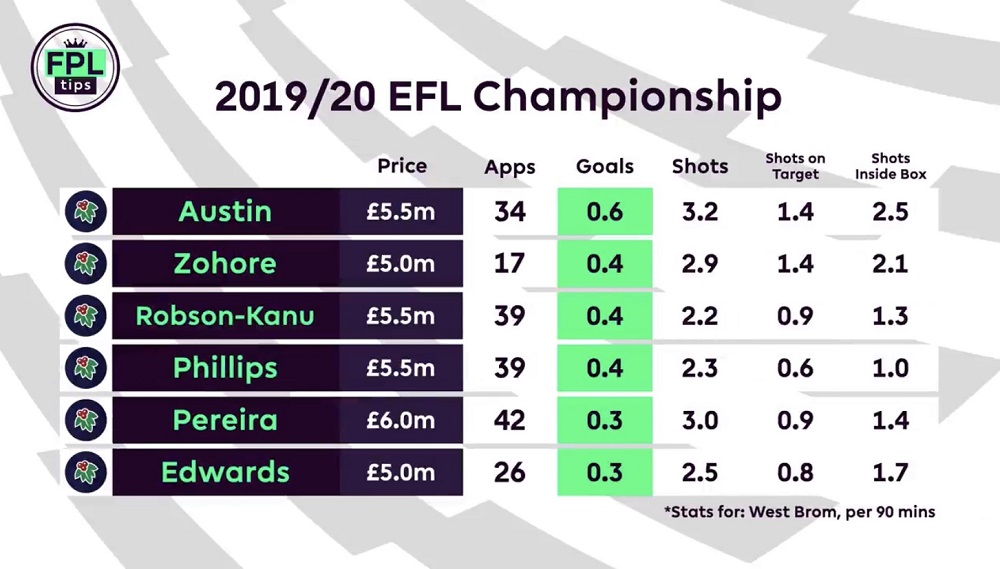 The goals upfront were evenly split between Austin and Robson-Kanu, with 10 apiece for the forwards but the Englishman achieved his tally in 803 fewer minutes.

Despite starting just 18 games, he ranked 2nd amongst teammates with tallies of 42 shots in the box and 24 attempts on target; only behind Matheus Pereira on each account (52/35).

The 31-year-old’s average of 0.6 goals per 90 minutes was far better than any other West Brom player, while only on-loan midfielder Callum Robinson (1.6) could improve on his 1.4 shots on target per 90.

But in either a 4-2-3-1 or 4-3-3 formation, there’s only space for one central striker and the fierce competition from Robson-Kanu as well as any potential new signing doesn’t bode well for FPL.

Thank you for reading ‘Fantasy Premier League Tips: West Brom – FPL Players to Watch from Promoted Teams’ which was written and produced by @_FPLtips