If you have yet to read our first FanTeam article, you can find the introduction to their €1,000,000 Fantasy Premier League cash game here and a breakdown of the huge cash prizes on offer – including a life-changing 1st place prize of €200,000.

To give you a very quick overview, FanTeam are running a season-long fantasy football cash game that follows an almost identical structure to Fantasy Premier League.

The similarities to FPL are so striking that we believe every FPL manager could do very well on FanTeam, and even run their FanTeam side alongside their FPL team, with ease.

There are some slight differences which we need to make you aware of though, and that’s what we’ll be looking into in this article.

Before we start, let us please advise you that FanTeam are licensed and regulated by the UK and Malta and are 100% owned by the Scout Gaming Group – a company from Scandinavia that are listed on the Nasdaq Stockholm.

Also, please note that the €1,000,000 prize pool is guaranteed, regardless of the number of total teams that enter the contest.

This means that the prize pool will be paid out, as advertised, even if the contest doesn’t fill.

First of all, let’s go through what’s the same as it is in FPL – if you haven’t yet signed up, then you might be surprised by just how similar the FanTeam game is to our beloved Fantasy Premier League.

Team structure, formations, captaincy & vice captaincy – all these things are exactly the same as FPL.

Transfers are also the same, including the rolling of a maximum of one free transfer and -4 point hits for additional moves, so you’ll feel right at home when making your weekly moves.

The difference with transfers is the selling price, as on FanTeam, a player doesn’t need to rise 0.2m before you can sell for a 0.1m profit – a player’s buying price is the same as his selling price, so there’ll be much more cash to play with!

Sticking with the transfers and prices theme, there are price changes in the game, just like in FPL – however, these can happen at any time of the day, unlike FPL’s structure of a 2am GMT price change each night.

Price changes are driven by transfers in and out, but more interestingly, a player’s form is also taken into account.

The scoring on FanTeam is also broadly the same as the Fantasy Premier League system we’re all so familiar with, but there are some differences here worth pointing out.

In terms of goals, assists, goals conceded and clean sheets – these are the same with the somewhat irrelevant exception of goalkeepers being awarded 8 points rather than 6 for scoring a goal.

There’s a slight difference with appearance points, but only for midfielders and forwards. If a midfielder or forward completes 90 minutes (that is, including injury time and reaching the final whistle) then they receive an additional appearance point. 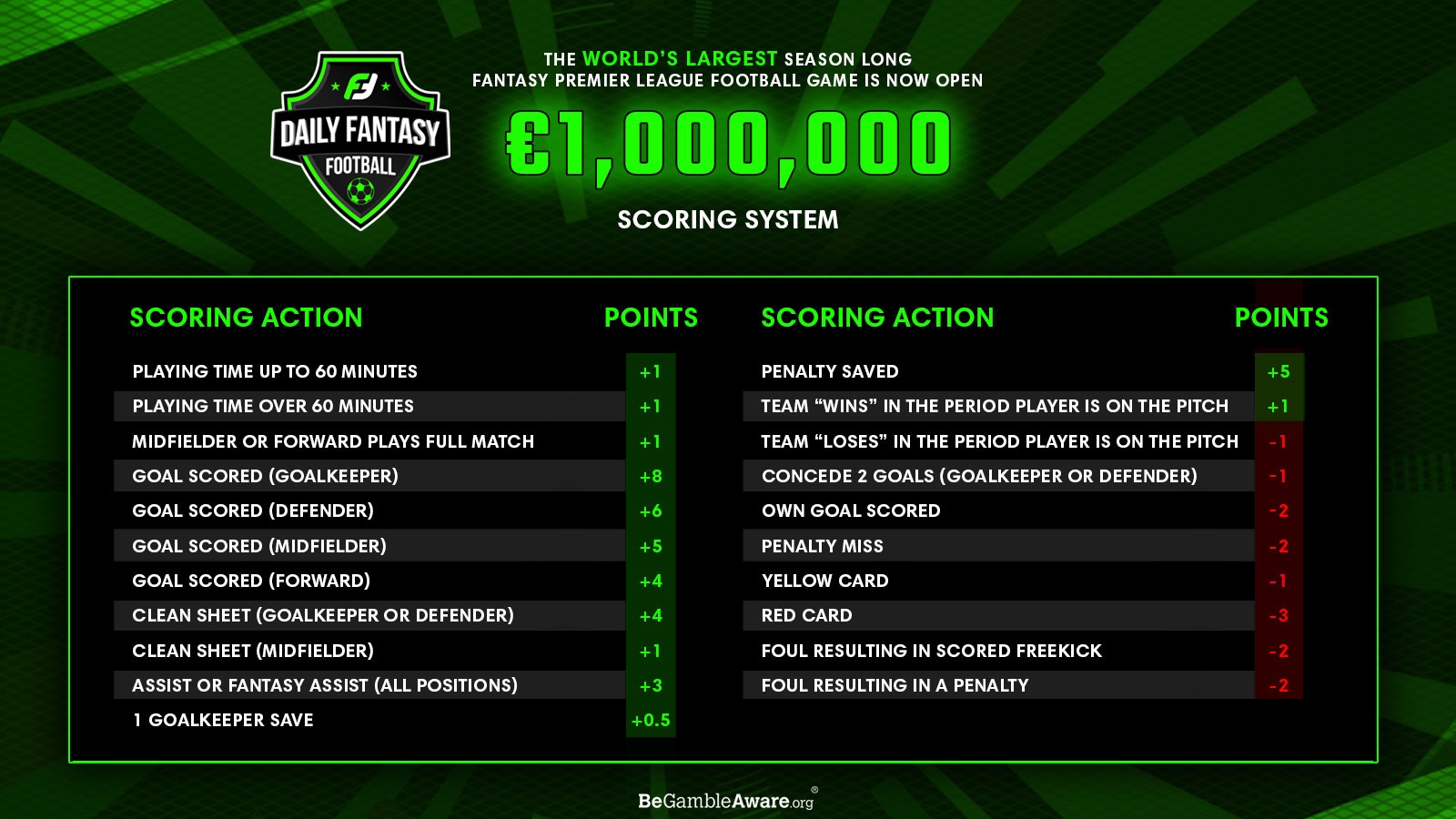 This isn’t the case for goalkeepers and defenders as they’re more likely to complete full matches without being subbed off.

Another difference is the conceding of free kicks and penalties. If a player concedes a penalty then that’s -2 points whether the penalty is scored or not.

If they concede a free kick which leads to a direct goal from said free kick, then this is also -2 points.

No Chips or Bonus Points?

Arguably, the biggest point scoring difference is bonus points. There are no bonus points on FanTeam, which plenty of you will no doubt be relieved about!

Instead, there are impact points. An impact point is earned or lost depending on the result of the player’s team during his time on the pitch, with there being +1 point for a win, -1 for a loss, and nothing for a draw.

For example – if Mo Salah starts the games with Sadio Mane on the bench and Liverpool go 1-0 down in the first half, but Mane replaces Salah at half time and Liverpool win 2-1, Salah’s impact points would be -1, while Mane’s would be +1. 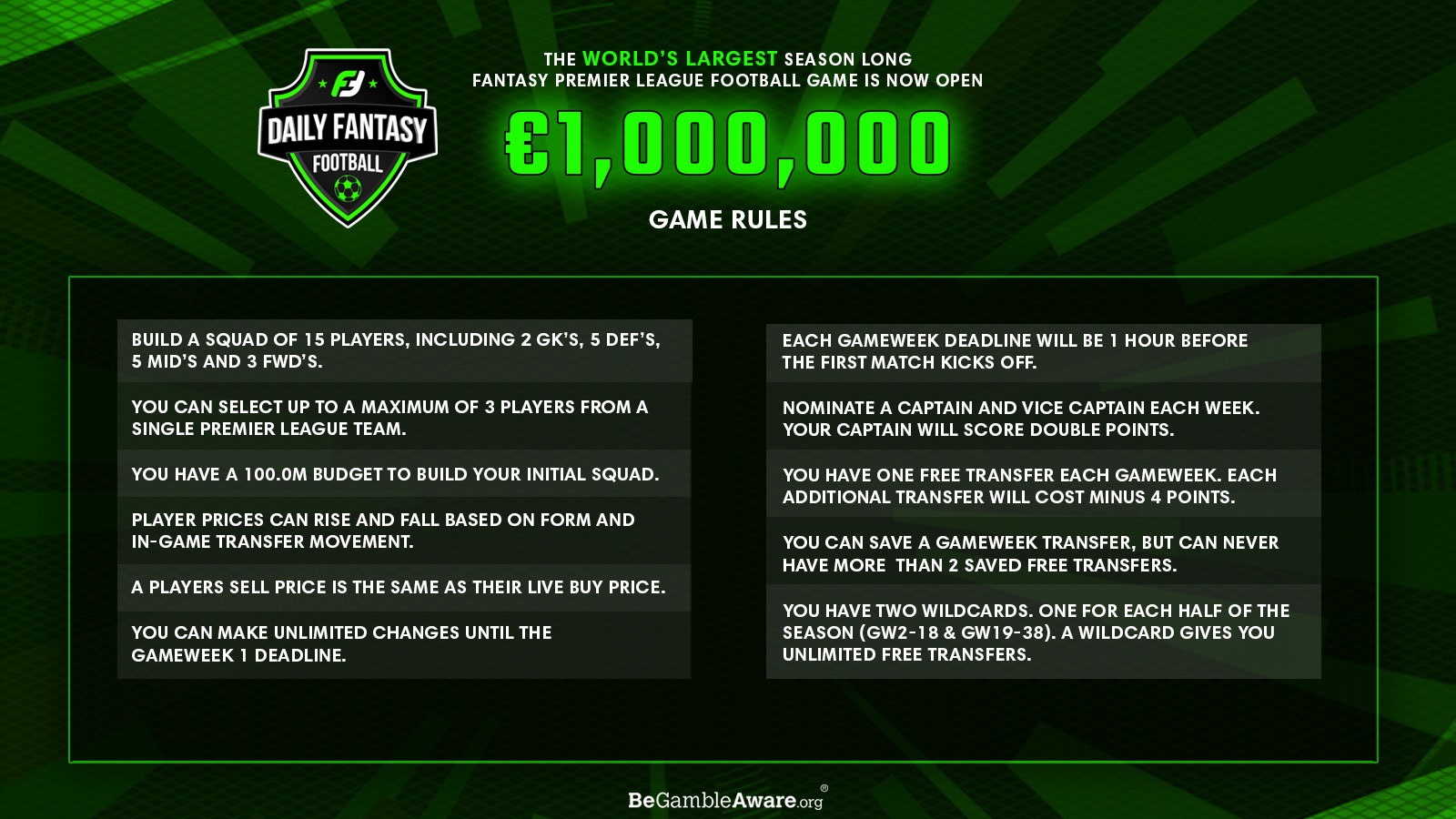 The final difference when it comes to points is the way that goalkeeper saves are scored. Rather than a keeper earning +1 point for every 3 saves as per FPL, they instead earn +0.5 points for every save made.

This isn’t rounded up or down, so a goalkeeper playing 90 minutes with a clean sheet and 1 save would earn 6.5 points, plus an impact point if his team won the game.

Outside the point scoring, the biggest difference is the chips. There are no chips on FanTeam, which means planning will become more critical around blank and double gameweeks (these stay the same as in FPL incidentally).

So no Bench Boost, Free Hit or Triple Captain to worry about. You do still have your wildcards though, and these are the same as FPL – one in the first half of the season (Gameweek 2 to 18), and one in the second half (Gameweek 19 to 38).

If you fancy giving it a try this season – signing up via this link will earn you a 150% bonus on your first deposit and if you register via any of the links or banners on this article, you’ll be entered you into our prize draw on September 12th, where 4 entrants will win their 25 euros back!

All in all, the FanTeam game is broadly the same as our beloved FPL, with just a few minor tweaks and subtle changes here and there.

What’s more, you’ll also likely be a very good FanTeam player which puts you in a great position to take down some serious cash prizes.

Sounds like a better investment of €25 than paying to join the works’ mini-league, that Gary from Marketing is running again so you can try and win the mega €100 top prize… what do you say?

Does winning €200,000 sound a bit more exciting? Well, we’ll be playing, that’s for sure and can only ask that you consider it and give it a try.

If you’re ready to create your free FanTeam account and take a closer look at the €1,000,000 FPL cash league, then click the banner below and get involved.

If you deposit the €25 to play FanTeam and use code WELCOME150 you will also be eligible for up to a 150% bonus on your first deposit up to €20 to use on the Sportsbook, which would equate to €30 free!